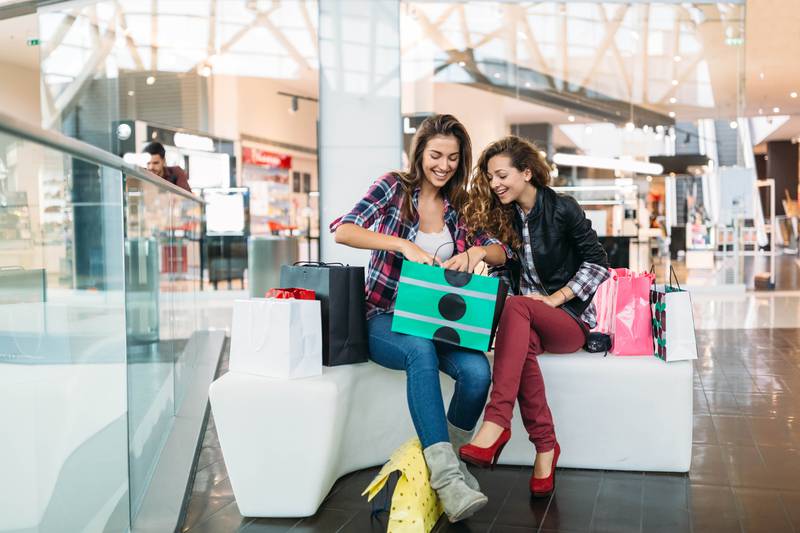 Does scent keep you in the mall for longer? The link between aroma and retail therapy | The National News

As my credit card can attest, entering Mall of the Emirates puts a spring in my step and a smile on my face. It’s not so much the prospect of tapping said card, but because my olfactory senses are assailed by the citrusy aroma particular to the mall that immensely appeals to me. However, says Renaud Janin – with what I imagine is a gleeful rubbing of palms – the two are inextricably linked.

The Mall of the Emirates scent is, after all, the Rezaroma head’s brainchild. A division of Reza Investment Company, which has an office in the UAE, Rezaroma develops fragrances for commercial spaces such as restaurants, malls, banks and gymnasiums across the GCC. In the Emirates, the company works with a number of Emaar properties, including the Address Hotels, Rove, Vida, Manzil and The Palace. The sweet smell of success for both developer and client? To ensure paying customers spend as long as possible in a space based on its ambience, of which smell is a crucial component.

“Fragrance is proven to keep people in an area longer, so there is a higher chance to make a sale in a shop, or stay longer in a hotel lobby and go from lunch to dessert to coffee,” says Mishaal Alireza, general manager, Reza Investment Company.

He explains that with senses such as sight, sound and taste, our brain identifies the information first and then reacts emotionally. “But with scent, we have an emotional reaction first and then we identify it shortly thereafter. You smell something and immediately have an association or memory before you organise your thoughts.”

Recall time is also much longer. “Multiple studies have shown that people can remember smells with 65 per cent accuracy even after a year, while visual recall is 50 per cent in three months,” says Alireza. “It’s a very fine detail, but it’s fascinating. The fact that humans can recall scents for a long time allows brands to create a strong connection with their customers through scent.”

Many indoor gyms turned to the smell of natural grass during the pandemic to give people a feeling of being outdoors
Mishaal Alireza, general manager of Reza Investment Company

Following from this, if the association or memory sparked by an aroma is positive, you’re more likely to stick around in the space it’s wafting through. A pleasant and comforting aroma in a mall, for example, says the Rezaroma team, can increase dwell time by at least 15 minutes, while waiting time seems shorter (see statistics below).

A positive experience is evermore important for brick-and-mortar stores in the current climate, too, as they face stiff competition from their digital counterparts.

When it comes to hotels, it’s the sense of familiarity that an aroma can imbue that gives guests a feeling of belonging. “Scent is as critical to us as the lighting, flower arrangement and lobby temperature,” says Mark Kirby, head of hospitality at Emaar. “If the AC is too cold, people will not stay as long, and the same goes for the way a space smells. It makes a guest feel a certain way, and they may end up staying longer because they feel good in that space.”

Kirby says the Address Sky View hotel, for example, has received plenty of positive feedback, with guests wanting to know more about the various aromas diffused in the lobby, rooms and other common areas, and even expressing an interest in buying the fragrances for their own homes, offices, even yachts.

Accordingly, the team is working with Rezaroma to develop a scent display in the lobby to lead guests on a “fragrance-related journey, where they can learn the story behind a particular spray, pillow mist or reed diffuser, and even buy it”, says Kirby.

The caveat? The scent needs to spark a positive sentiment in order for the brand to turn a profit. There’s nothing to stop a person from subconsciously walking out the door never to return if he or she is overwhelmed, or indeed underwhelmed, by the aroma of choice.

This is where the science of scents steps in. While it cannot be helped if the sweetest-smelling jasmine were to remind a small percentage of people about the saddest day of their life, companies such as Rezaroma can advise on the dos and don’ts of the bespoke scent-creating process based on reams of data analysis.

As Alireza puts it: “You don’t want to be smelling pine when you step into a seaside resort, nor ocean fragrances in a winter destination. We often hear feedback that a scent is ‘too intense’, but it’s not so much that the fragrance is too strong, but that it does not match the setting. You have to focus on what your story is and the location you’re in.”

READ MORE
Scents and sensibilities: UAE residents on the emotional impact of losing their sense of smell

Citrusy smells, for instance, exude a sense of energy, while lavender is more calm and collected, and patchouli is associated with sophistication. “So the first can be used if you want people to make their way across a mall or set an energetic tone in a gym, while lavender is a good choice for a spa or as a pillow mist,” says Alireza. “Many indoor gyms turned to the smell of natural grass during the pandemic to give people a feeling of being outdoors.”

Fresh linen, bread and coffee are some other business-centric aromas that Rezaroma has created, while Janin reveals vanilla is one of the most common base notes, used in more than half the formulations across the world.

Regional preferences also come into play, with oud, amber and sandalwood popular in the UAE and Saudi Arabia. These at once serve to imbue residents with a sense of familiarity and overseas visitors with a sense of authenticity.

Then there are seasonal scents, which are used most notably during Christmas when brands switch up their usual scents for a more festive fragrance. “So say when a hotel puts up a Christmas tree, it not only changes the decor a bit, but also modifies the scent to match and to create an all-encompassing effect,” says Alireza.

A nose for numbers

74% people impulsively drawn into a store by a smell, according to research by Charles Spence, experimental psychology professor, University of Oxford

90% consumers would walk out of a store or speed up browsing if they didn’t like the smell, according to ICM

25 minutes time that shoppers – who were actually in-store for 60 minutes – thought they were, at Galeries Lafayette

77% consumers say a pleasant smell in a hotel would have a positive impact on them, according to ICM

70% increase in brand loyalty when a third sense is engaged, according to Lindstrom

Source: Does scent keep you in the mall for longer? The link between aroma and retail therapy