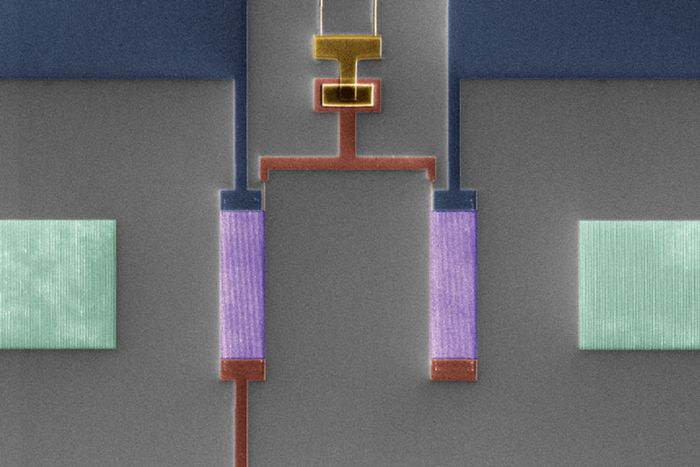 Detecting the softest sounds in the Universe | Nature

For the first time, scientists can count individual phonons — the smallest units of sound — without destroying them.

According to quantum mechanics, the vibrations that make up a sound wave are composed of discrete units of vibration called phonons. Scientists have not yet developed methods to detect an individual phonon without destroying it.

To pick out a single phonon, Lucas Sletten and his colleagues at JILA, a joint institute of the National Institute of Standards and Technology and the University of Colorado Boulder, relied on quantum objects called qubits. A qubit registers the presence of phonons through a shift in its energy level.

The team penned phonons in an enclosure and connected them to a device that converted phonons into two sets of electrical signals. The interaction between these signals enhanced the qubit’s energy shifts and enabled the team to detect a single phonon.

The technique takes advantage of sound’s slowness relative to light; the equivalent set-up for photons would require a much larger device.

This method could allow researchers to use phonons in advanced quantum-information processing systems, the authors write.

Source: Detecting the softest sounds in the Universe