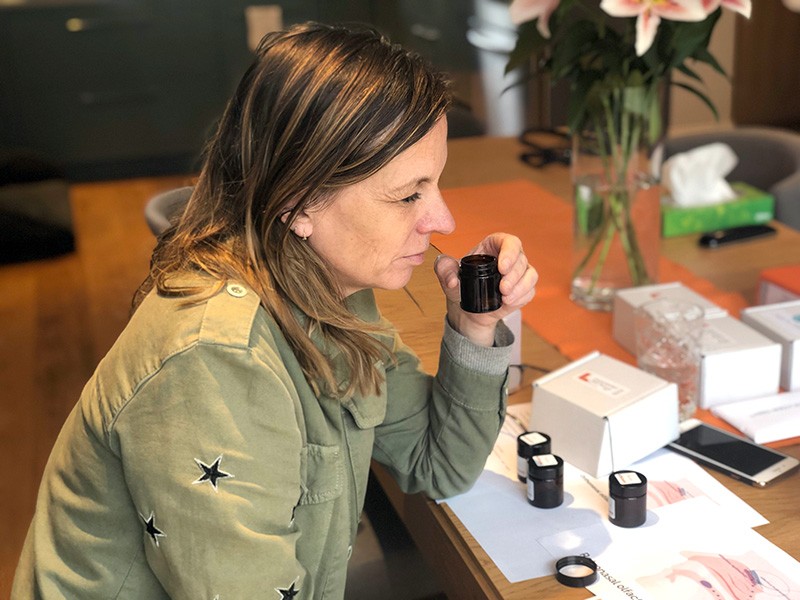 Researchers are studying the sensory impact of the coronavirus, how long it lasts and what can be done to treat it.

Early in the COVID-19 pandemic, it emerged that many people infected with the SARS-CoV-2 virus were losing their sense of smell — even without displaying other symptoms. Researchers also discovered that infected people could lose their sense of taste and their ability to detect chemically triggered sensations such as spiciness, called chemesthesis.

Almost a year later, some still haven’t recovered these senses, and for a proportion of people who have, odours are now warped: unpleasant scents have taken the place of normally delightful ones. Nature surveys the science behind this potentially long-lasting and debilitating phenomenon.

How many people with COVID-19 lose their sense of smell?

The exact percentage varies between studies, but most suggest that smell loss is a common symptom.

One review, published last June1, compiled data from 8,438 people with COVID-19, and found that 41% had reported experiencing smell loss. In another study, published in August2, a team led by researcher Shima T. Moein at the Institute for Research in Fundamental Sciences in Tehran, Iran, administered a smell-identification test to 100 people with COVID-19 in which the patients sniffed odours and identified them on a multiple-choice basis. Ninety-six per cent of the participants had some olfactory dysfunction, and 18% had total smell loss (otherwise known as anosmia).

“Usually, these patients say they have lost their smell suddenly,” a clue that the symptom is linked to COVID-19, says Moein. And often, the dysfunction is the only COVID-19 symptom that people register, suggesting that the phenomenon is separate from virus-induced nasal congestion.

Some researchers say that smell loss should be used as a diagnostic test for COVID-19. A study published last October3 found that self-reported changes in smell or taste were a better marker of the spread of infection than were other indicators tracked by governments, such as arrivals at hospital accident and emergency departments.

Why do people with COVID-19 lose their sensitivity to smells?

Although the mechanisms are not fully understood, there is an emerging consensus that smell loss occurs when the coronavirus infects cells that support neurons in the nose.

When researchers first identified smell loss as a symptom of COVID-19, they were worried that the virus was infecting the odour-sensing neurons in the nose that send signals to the olfactory bulb in the brain — and that the virus could therefore access the brain. However, post-mortem studies4 of people who had had COVID-19 have shown that the virus rarely reaches the brain.

A team led by Sandeep Robert Datta, a neurobiologist at Harvard Medical School in Boston, Massachusetts, has instead found5 that cells that support sensory neurons in the nose — known as sustentacular cells — are probably what the virus is infecting.

Datta and his colleagues zeroed in on sustentacular cells because SARS-CoV-2 attacks by targeting a receptor called ACE2 on the surfaces of cells, and sustentacular cells have many such receptors. Olfactory sensory neurons do not. This suggests that the coronavirus infects the support cells, leaving the neurons vulnerable and deprived of nutrients.

But there might be other ways in which COVID-19 induces smell loss. For instance, a research team in Italy showed6 that smell and taste loss occur at the same time as an increase in blood levels of an inflammation-signalling molecule called interleukin-6. And a post-mortem study published last December showed clear signs of inflammation, such as leaky blood vessels, in the olfactory bulbs of people who had had COVID-197.

Although scientists have some understanding of the mechanisms involved in smell, they have little idea about how the coronavirus affects taste and chemesthesis. “Nobody has a good handle on that yet that I know of,” says John Hayes, a food scientist at Pennsylvania State University in University Park, who is studying COVID-19’s effects on chemical senses. Taste and chemesthesis are senses that are distinct from smell, even though all three combine to tell humans what ‘flavour’ a food or beverage has. Taste relies mainly on taste receptors on the tongue, whereas chemesthesis relies on ion channels on sensory nerves, among other mechanisms — and their response to COVID-19 has not been studied much.

How quickly do the impaired senses return?

For most people, smell, taste and chemesthesis recover within weeks. In a study published last July8, 72% of people with COVID-19 who had olfactory dysfunction reported that they recovered their sense of smell after a month, as did 84% of people with taste dysfunction. Claire Hopkins, an ear, nose and throat consultant at Guy’s and St Thomas’ Hospital in London, and her colleagues similarly observed9 a speedy return of the senses: they followed 202 patients for a month, and found that 49% reported complete recovery over that time, and a further 41% reported an improvement.

But, for others, the symptoms are more serious. Some people whose senses do not return right away improve slowly over a long period — and this can have consequences, says Hopkins. As a person regains their sense of smell, odours often register as unpleasant and different from how they remembered them, a phenomenon called parosmia. “Everything smells rancid” to these people, says Hopkins, and the effect can last for months. This might be because the olfactory sensory neurons are rewiring as they recover, she says.

Other patients remain fully anosmic for months, and it isn’t clear why. Hopkins suggests that, in these cases, the coronavirus infection might have killed the olfactory sensory neurons.

How does permanently losing the chemical senses affect a person?

Although the condition is not as well studied as the loss of other senses such as vision and hearing, researchers know that the consequences can be severe.

One effect is that it leaves people vulnerable to dangers such as food poisoning and fire. For instance, people with anosmia are less able to detect spoilt foods and smoke. A 2014 study found that people with anosmia were more than twice as likely to experience a hazardous event, such as eating spoilt food, as people without smell loss10.

Other effects are more difficult to measure. “Most people don’t acknowledge the importance of smell in their lives — until they lose it,” says Moein. Being unable to appreciate the flavour of food is obviously a major loss, but other sensations are important, too. Hayes points, for instance, to the loss a parent would feel if they couldn’t connect to their child through the ‘newborn baby smell’. And Moein says that smell dysfunction has been linked with depression, although the biological mechanism involved is unclear.

Are treatments available for restoring these senses?

A lack of research means few established treatments exist. But one option is smell training, in which people sniff prescribed odours regularly to relearn them. Hopkins is working with a charity called AbScent in Andover, UK, to get the word out to the public about this training. There is evidence11 from before the pandemic that it can improve smell function in some people with such impairments, but it doesn’t seem to work for everyone.

Available drugs are even more limited, says Hopkins. But for people in the early stages of COVID-19 infection, when smell loss might be largely due to inflammation of nose cells, steroids might be helpful, according to a preliminary trial carried out by Hopkins’s team12.

In longer-term research, Richard Costanzo and Daniel Coelho at Virginia Commonwealth University in Richmond are developing an olfactory implant — a device embedded in the nose that would sense odorant chemicals and send electrical signals to the brain. However, the device is still “many years” from being offered in clinics, says Coelho. In particular, the researchers need to figure out which areas of the brain the implant should stimulate, he adds, so “there’s still some science to work out”.

Source: COVID’s toll on smell and taste: what scientists do and don’t know