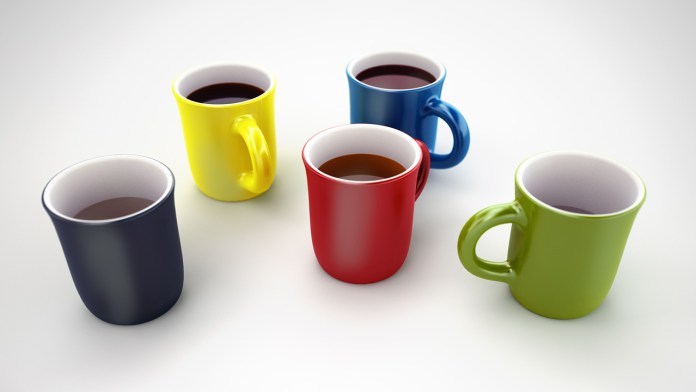 Have you ever noticed why every time you drink your same old coffee it taste different?

Well, that is not about the coffee you have or your taste buds, but it’s because of the mug that you are using.

This news might sound weird, but there is a recent study released about how the color of your cup may be affecting the taste of your morning brew. This study was released an online study called Flavour.

This study was started when a barista overheard costumers talking about their cup of coffee drunk from a white mug tasted more bitter than drinking from a clear glass container.

They made a series of experiments to where participants drank coffee from white, clear and blue mugs and were then asked to analyze taste.

According to their study – ” In experiment 1, the white mug enhanced the rated “intensity” of the coffee flavour relative to the transparent mug. However, given slight physical differences in the mugs used, a second experiment was conducted using identical glass mugs with colored sleeves. Once again, the color of the mug was shown to influence participants’ rating of the coffee. In particular, the coffee was rated as less sweet in the white mug as compared to the transparent and blue mugs.”

Here’s the reason behind it

Humans tend to associate color with flavor and white is associated with bitterness. The brown color of the coffee “contrasts” significantly with a white drinking apparatus. Conversely, drinking from a clear cup enhances a drink’s “perceived sweetness.” Blue mugs apparently amplify both sweetness and bitterness, so the brew just tastes stronger overall.

In conclusion, the researchers claim their findings on mug color should “be considered by those serving coffee as it can influence the consumer’s multisensory coffee drinking experience.”

Source: Coffee Mugs Affects The Taste of Our Coffee – Adding flavour to your success