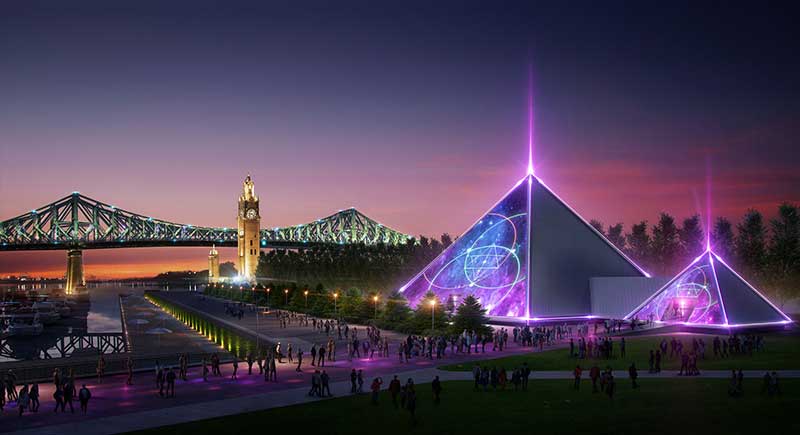 Lune Rouge Entertainment, founded by Guy Laliberté, will make its international debut on the Clock Tower site in Montreal’s Old Port. The first show at PY1 will be called Through the Echoes.

PY1 will offer a multi-sensory experience in a travelling venue. It has four possible configurations offering capacity for up to 1000 audience members.

Through The Echoes has been designed by multidisciplinary artist Gabriel Coutu-Dumont. It is a 60-minute multimedia show. It features lasers, 360-degree projections, kinetic video aerial scenery, atmospheric special effects and lighting effects.

Laliberté said: “Through The Echoes will be a totally immersive experience, a technological and emotional odyssey which tells the story of life from the Big Bang until today.”

The pyramid can incorporate augmented reality experiences, or become a nightclub venue with a multimedia environment.