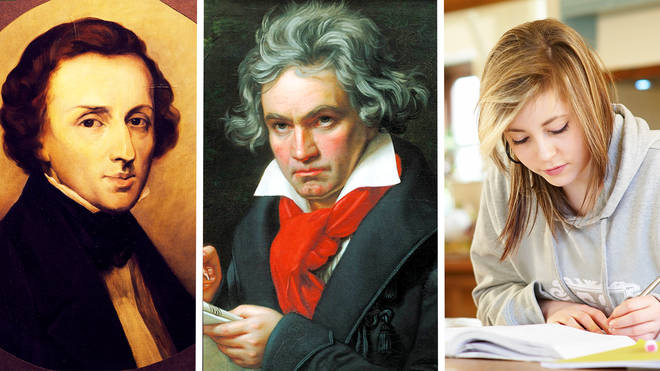 When it comes to concentrating on homework, turns out classical music could be the key to helping you reach that top grade…

A new US study claims that students who listen to classical music during lectures, studying or while they sleep will perform better in exams.

To carry out the research, which is titled Classical music, educational learning, and slow wave sleep: A targeted memory reactivation experiment, 50 microeconomics students aged 18-33 were played excerpts of music for 15 minutes during an online lecture.

Half of these participants were then re-played the same pieces throughout the night as they slept, while the other half slept with white noise.

Researchers found that the group listening to music performed 18 per cent higher in a computer exam the following day.

According to the study, the science behind the result shows that by listening to classical music, participants activated a process known as ‘targeted memory reactivation’ (TMR), which stimulates the brain to consolidate memories.

It’s the same process that causes memories and emotions to be triggered by smell, from scents such as freshly baked bread, flowers or perfume – but you need to be focussing on a subject (such as a university lecturer) for it to have the effect.

To monitor electrical activity in participants’ brains, researchers fixed electroencephalograms (nets of electrodes) to their heads – and found that by improving quality of sleep and ability to recollect course materials, students increased the probability of passing their test with a grade of 70 or above.

However, these benefits didn’t extend to a nine-month follow-up test when performance dropped back to floor levels, suggesting the process needs to be repeated.

Previously, studies exploring the ‘Mozart effect’ have suggested that students listening to music by the great composer would perform better in IQ tests – but recent findings show this is from increased arousal after listening to lively pieces.

Led by Chenlu Gao, Paul Fillmore and Michael K. Scullin, the new study suggests the classical genre could in fact be a game-changer in helping students to remember key topics covered during their classes.

Professor Scullin, director of the Sleep Neuroscience and Cognition Laboratory at Baylor University, Texas, told The Daily Mail: “What we found was that by experimentally priming these concepts during sleep, we increased performance on integration questions by 18 per cent on the test the next day.

“The effects were particularly enhanced in participants who showed heightened frontal lobe activity in the brain during slow wave sleep, which is deep sleep.”

Explaining the choice of music for the study, he added: “We ruled out jazz because it’s too sporadic and would probably cause people to wake. We ruled out popular music because lyrical music disrupts initial studying. You can’t read words and sing lyrics – just try it.

“You’re going to have a heck of a time forming a strong association between some learning material and a bland song or ambient noise. That left us with classical music, which many students already listen to while studying. The songs can be very distinctive and therefore pair well with learning material.”

Now, Scullin and his team hope the new research will improve the focus and quality of sleep of students – and encourage more lecturers to play the world’s greatest music during their classes. We approve.