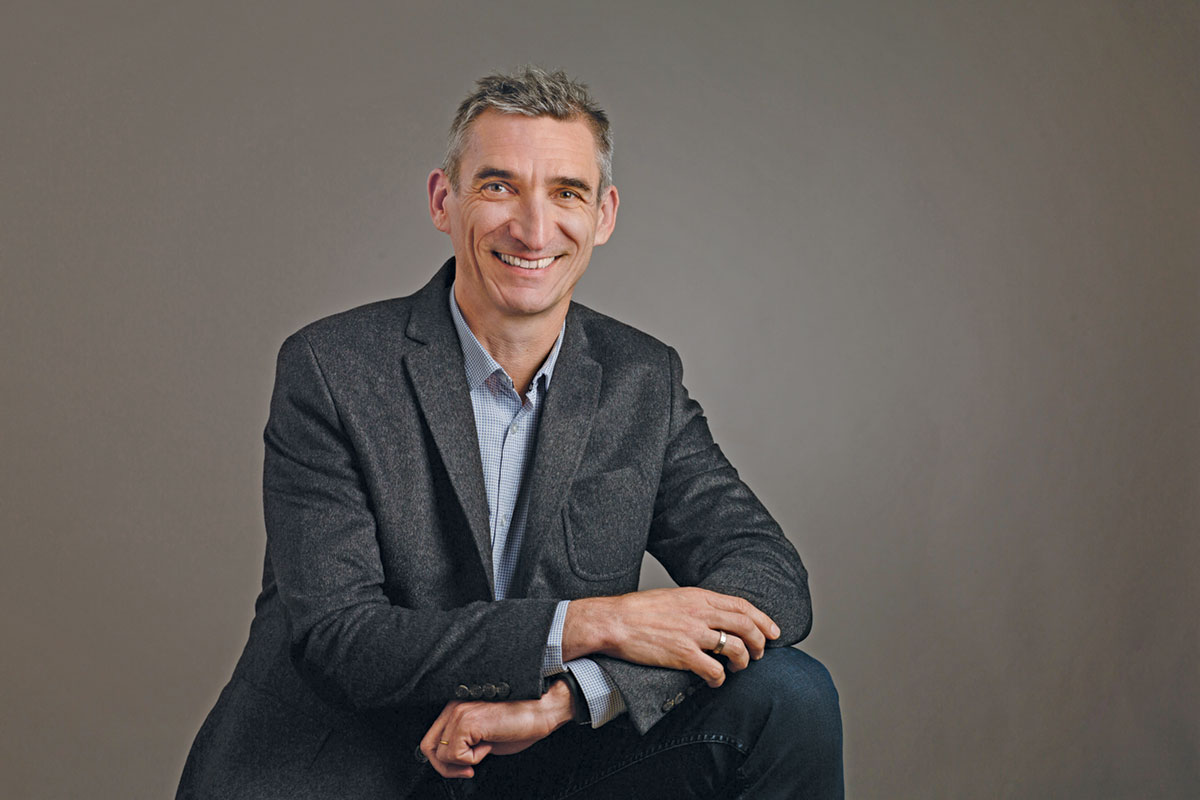 Scientists have long sought to replicate the remarkable ability of the human nose with dispassionate equipment. But as any master perfumer can tell you, such efforts have a long way to go.

The French start-up Aryballe reckons it is at least narrowing the performance gap with its electronic nose, which combines biochemical sensors, advanced optics, and machine learning to collect and identify thousands of odors.

Nonhuman identification of smells today is largely the province of systems based on gas chromatography and mass spectrometry. Although accurate, they feature bulky equipment, and the associated data analysis can be laborious and time consuming. Like panels of human tasters and smellers, they can also be expensive.

“Aryballe’s technology retains the accuracy of such big machines but can be used in a handheld device and potentially something the size of a watch and is much cheaper,” CEO Sam Guilaumé says.

Aryballe’s sensor, about the size of a paper clip, features peptides grafted onto a 50 mm2 silicon chip. Mimicking the olfactory sensors of the human nose, the peptides react with volatile organic compounds emitted from, say, a sample of coffee or a vial of perfume. During the reaction, which is transient, the peptides absorb some light. These changes in the light absorbance of the peptides are measured by an array of optical sensors. The optical sensor readings of the changes in light on the surfaces of the peptides are then uploaded to Aryballe’s server, where they are matched with the patterns of known smells.

USING LIGHT TO SENSE SMELL
Aryballe has created a sensor about the size of a paper clip that can identify thousands of smells. The sensor comprises different peptides grafted onto a 10 x 5 mm silicon chip. The peptides react variously to different volatile organic compounds—the chemicals that cause smell. Different smells cause a difference in light absorbance across the surfaces of the peptides, creating a signature pattern for each smell. This smell pattern is captured by optical sensors and then uploaded to be matched to the pattern of a known smell in Aryballe’s database.

The idea for Aryballe emerged when Guilaumé, an electronics entrepreneur, started chatting about sensors with his neighbor Tristan Rousselle, a pharmaceutical scientist and entrepreneur. “We immediately had a great connection,” Guilaumé recalls. Rousselle had been using organic compounds to identify the presence of viruses in a liquid. He wondered whether a version of this approach could be applied to smell, and so Aryballe was born, founded by Rousselle.

The firm has raised about $20 million from investors as diverse as International Flavors & Fragrances (IFF), which is a New York City–based developer of flavors and fragrances, and the carmaker Hyundai Motor.

Initial applications for a customer like IFF will be to identify fragrances or provide, for example, a quick pass or fail to incoming raw materials. For food and beverage firms, Aryballe’s technology can characterize and measure odors like the smell of coffee.

For the auto industry, Aryballe’s sensor can identify smells that indicate problems with a car, such as the burning of a plastic coating on an electric cable. The technology is good enough to determine whether a burning cable is in the entertainment console or something more critical, like the braking system, Guilaumé says.

The firm already has enough cash in place to take its next step: fit out a 200 m2 production suite in Grenoble, France. Aryballe aims to ramp up production of its sensors in the second half of 2021. Its goal is to ship 2,000 sensors per year by the end of 2022. The firm also hopes to introduce a prototype sensor capable of fitting into consumer devices like smart watches next year.

Aryballe has set up offices in New Jersey and Germany and is about to open another one in Seoul, South Korea, to get closer to existing partners and potential ones in Asia. The next few years promise to be busy ones for Aryballe’s staffers as they fine-tune their technology and roll it out commercially.

Guilaumé says employees are embracing the fast pace. “We like science. We are like kids in a candy store,” he says.