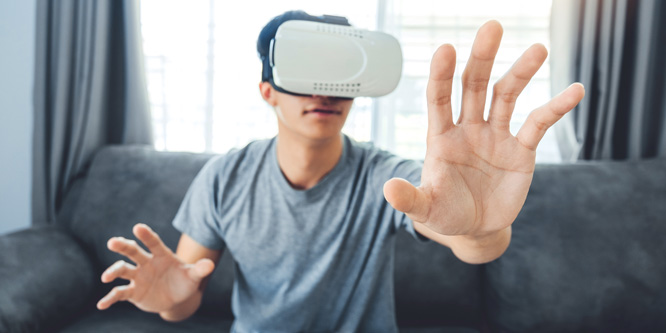 The study, “The Dematerialized Office” from Ericsson, based on a July survey of nearly 8,000 white collar workers globally, sees the pandemic as a tipping point for digitized work communications. Six in 10 respondents foresee a permanent increase in online meetings with customers, suppliers and colleagues, necessitating a need for greater tools to support remote interaction. Other drivers include possible sustainability benefits and interest in communicating at a higher level.

Not unsurprisingly, one prediction was that augmented reality (AR) and  virtual reality (VR) technology would “enable the experience of collaborating in the same room with colleagues” without physically leaving home.

Home work environments are also predicted to embrace the “full internet of senses” —  extending beyond video and sound to digitally communicating touch, taste, smell and the feeling of heat or cold.

Privacy was seen as a critical challenge going forward.

Sixty-six percent of respondents think that by 2030, technology will enable them to sense when a colleague is upset to possibly help in working through tough decisions. That also means, however, their employer will know when they themselves are upset.

Sixty-four percent anticipate being able to write their monthly report by simply thinking about the key activities during the month, although that would mean the company might monitor other thoughts as well. Wrote Ericsson, “In a digital office environment where all human senses can be shared, there needs to be clear social norms.”

DISCUSSION QUESTIONS: Do you see virtual working environments becoming increasingly digitized to the point of embracing all the human senses? Which predictions in the Ericsson study make more and which less sense in how VR, AR and other emerging technologies may transform at-home work communications?