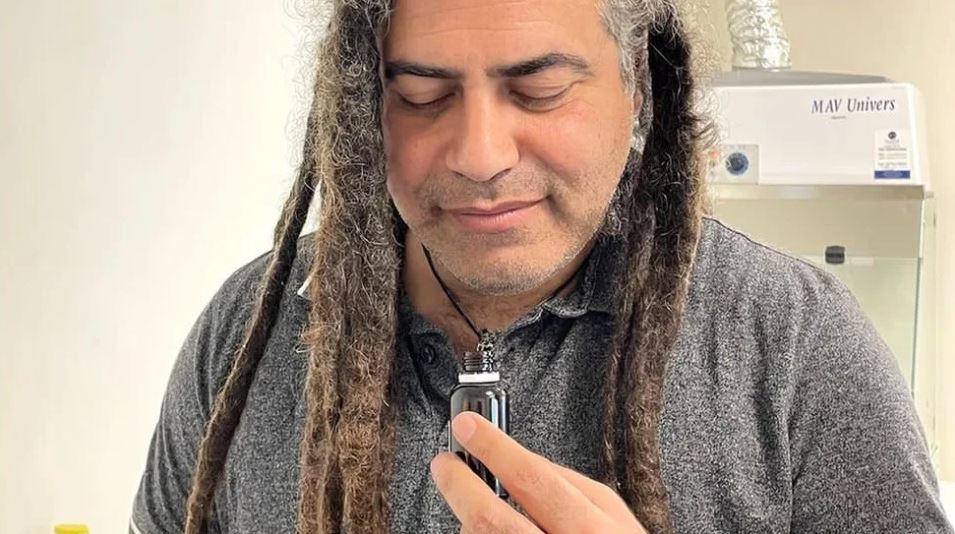 Can the right smell make you more productive? | Yahoo

Yaniv Mama holds a pot of cigarette butts under my nose.

“I presume you don’t like the odour?” he says, watching me wince.

He then waves a small white stick next to my face. “Now, smell the pot again, what do you smell?”

The cigarette stench has disappeared, no matter how hard and how close to the pot of butts I sniff.

That effect is down to technology developed by Israeli firm Moodify. Their technique involves activating receptors in the olfactory bulb, the part of the brain that processes smell.

“It turns out that smell has its own spectrum [like the visible light spectrum], and if you spread odour molecules equally across it, you get a malodour control effect without having an unpleasant mixture of bad smell and cheap perfume,” says Mr Mama, the company’s founder and chief technology officer.

Moodify sells a pendant that can be hung near a cat litter box to eliminate any unwanted smells.

“We realised in Israel that because apartments tend to be small and rented, with less outside space so the litter is in the living room, people were almost desperate for a solution,” says Mr Mama.

With more of us spending more time working from home, it is not surprising that people are paying more attention to how their home smells.

In the UK, The White Company has seen a surge in sales of scented candles, which it says is down to more home working.

“Scent is such a personal thing because we all have different tastes, but it really does have the power to change the feel of a room and therefore how you feel when you enter,” says Chrissie Rucker, founder of The White Company.

As well as making the environment more pleasant, there is some evidence that the right scent can boost your brain.

Mark Moss is the head of the Department of Psychology at Northumbria University. He has studied the effect of essential oils on performance. One of his main findings is that the rosemary aroma can enhance memory.

“I have also done some work showing beneficial effects of sage and peppermint, also on cognition.

“By comparison, lavender tends to impair memory and slow down reaction time. [But] research by others have shown it to be useful in reducing pre-treatment anxiety in dental and medical situations,” he says.

Dr Moss highlights the prominence of scent receptors in the brain.

״The olfactory bulb has many more projections to many more structures in the brain than do vision or hearing. This shows how important it has been in our evolution.

״Much of the impact of smells on behaviour is unconscious. We don’t actively process the information that smells present, especially for low level smells. We only consciously process smells that are quite strong,” he says.

Based on more than a decade of research at the Weizmann Institute of Science in Israel, Moodify are developing scents that enable people to improve their performance, enhance their wellbeing and increase their safety.

The Weizmann Institute found that paratroopers emitted a smell of fear before they jumped. Scientists are reproducing that scent, saying it could help make people more alert.

While there is no distinct smell of fear, the olfactory receptors can detect volatile molecules in sweat associated with stressful situations.

It’s those molecules the scientists are working on.

“Potentially, it will give you better cognitive and psychological performance,” says Mr Mama.

Dr Moss says there is more to learn about how smells affect us.

“Smell is probably the least understood of all the senses because evolutionarily it has been surpassed by vision and audition in terms of human behaviour,” he says.

“It has to some extent been considered a vestige of our evolutionary past rather than something that is still of considerable value. It is only when it is lost that it is seen as important. It is also very complex in terms of its interaction with the brain.”

Loss of the sense of smell can be very upsetting, agrees Klio Maniati, a chemical engineer and perfumer, who has been a consultant to Moodify.

“Smell is the first sense that a baby knows how to use right after it’s born and this is the way it connects to its new surroundings. Through smell we recognise our carers in our earliest stage of life and later on we use it as a social tool,” she says.

“People that have lost their sense of smell often report fear of socialisation because they are constantly afraid they might smell bad and not know it, or they tend to avoid going to a restaurant because they can’t enjoy the food. This makes them less open to forming close contacts with other people.”

Back at the lab Yaniv Mama says the future of creating smells to enhance our lives is limitless.

“Tailor-made smells such as your favourite scented candle, freshly baked bread or cut grass, even a newborn baby smell could all be sent via an app or TV screen,” he predicts.

Source: Can the right smell make you more productive?