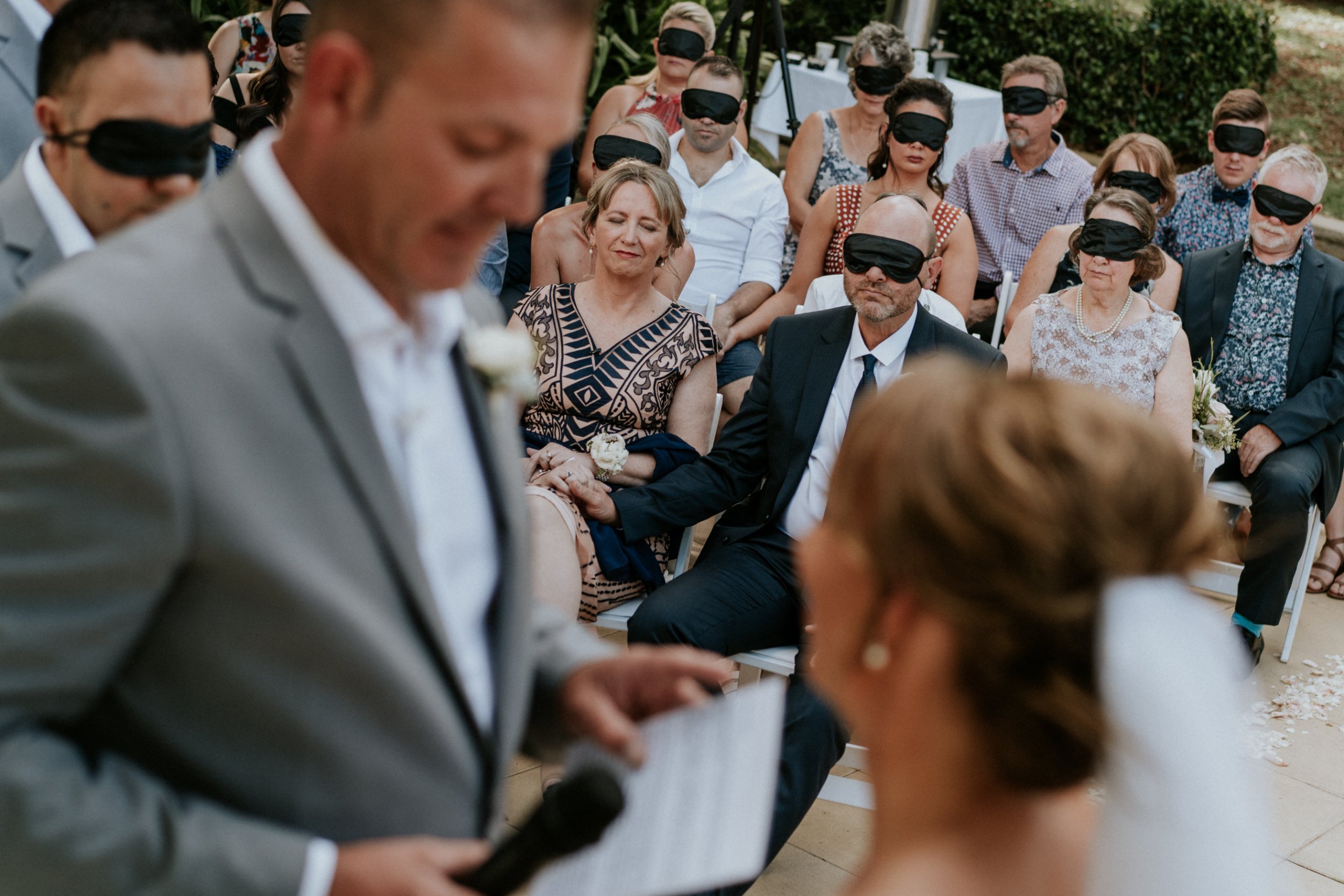 Stephanie Agnew, 32, has cone-rod dystrophy, meaning she can only see some light and dark shapes. On her wedding day in Queensland, Australia, all the guests and her husband-to-be wore blindfolds so they could experience the ceremony in the same way Stephanie did. Now the couple has been gifted a multi-sensory wedding album so Stephanie won’t miss out on the memories. The album comes with essential oils and ten different fabrics that were handed to Stephanie on the wedding day so she could learn to associate each memory with a certain smell or touch. The multimedia gift also came with a video of the big day so Stephanie could have an audio copy of the wedding and all that happened.

Stephanie inherited cone-rod dystrophy which means she can only see light and dark shapes (Picture: James Day ) She was able to touch the fabrics handed out to her on the wedding day in the album (Picture: James Day ) The multimedia album was the work of photographer James Day, who enlisted the help of Lemon Tree Film House and Vision Art who planned for every detail of the wedding to be captured over a year. ‘We’ve always had a strong belief that audio is just as important as visuals in a great film. But in this case, audio was more important than the visuals so we set out to capture as much of a narrative as possible so that Steph and Linda [her mother, who also has cone-rod dystrophy] would be able to relive the wedding day in its entirety,’ they wrote on their blog. 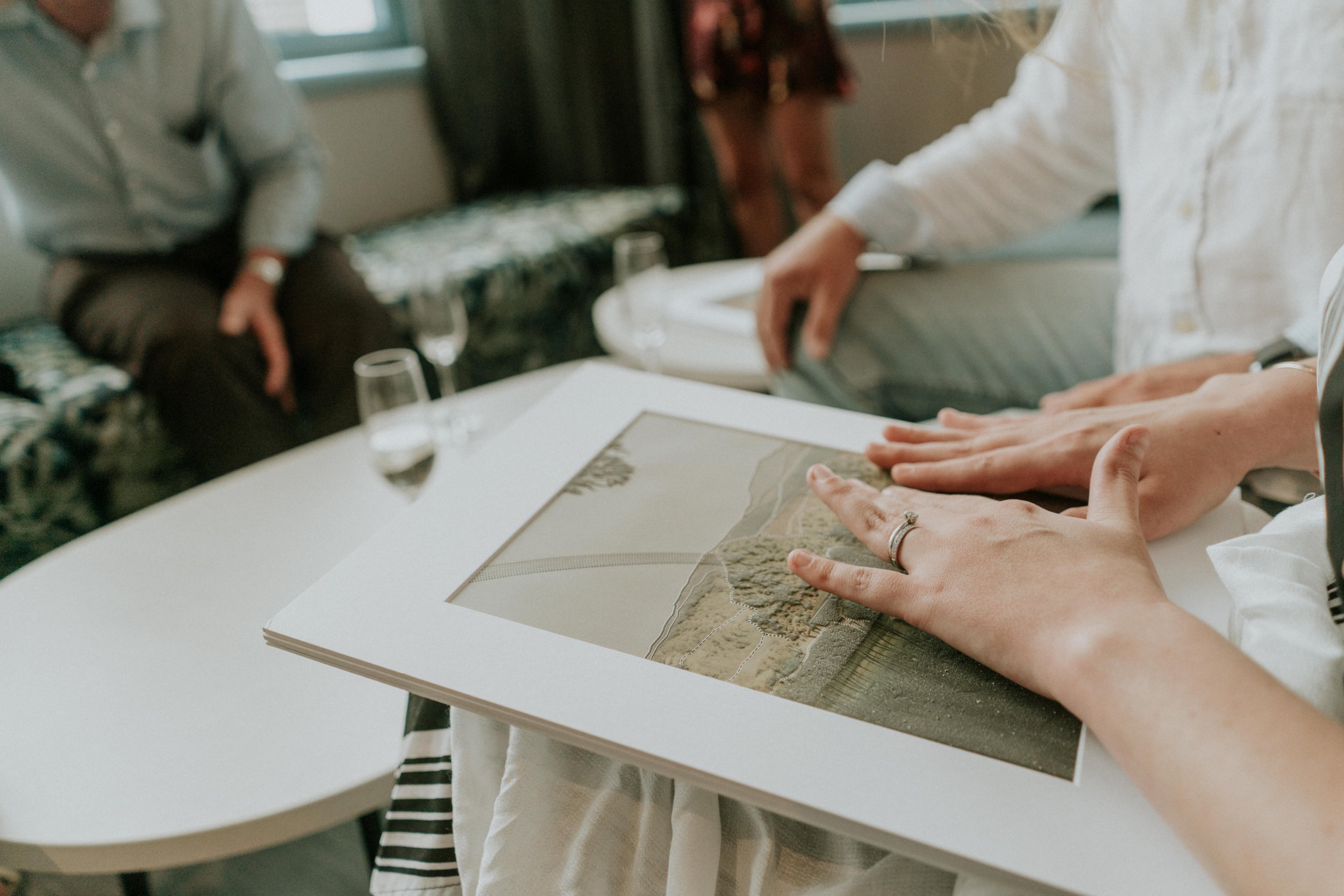 She was able to touch the fabrics handed out to her on the wedding day in the album (Picture: James Day )

In the reaction video of Stephanie opening the album, she’s seen getting emotional as she leans in and opens the album. What she felt were pictures in a flash (PIAF) a form of heat photography that causes black lines, letters or shapes that are drawn, printed or copied on the capsule paper to swell. The album played audio which included words from husband Robbie Campbell who could be heard saying: ‘Steph, I woke up today with a smile knowing that today I marry the girl of my dreams. ‘You are my inspiration and I can’t wait to begin my life as your husband.’

The guests wore blindfolds during the wedding except for Stephanie’s mother who is also blind (Picture: Mark Pawlyszyn)

After feeling and hearing the album, Stephanie commented: ‘I couldn’t even imagine. I have never seen anything like this before. ‘I can’t even talk because I am so overwhelmed.’ Just like their album, Stephanie and Robbie’s wedding last year was incredible.

They got married at Stephanie’s great aunt’s house, where she had visited as a child, so she could remember the amazing view over the Glasshouse Mountains. Before guests put on their blindfolds an owl from Raptor Vision flew down the aisle, resting on Stephanie’s arm and delivering the rings. Here’s a video of their magical wedding: