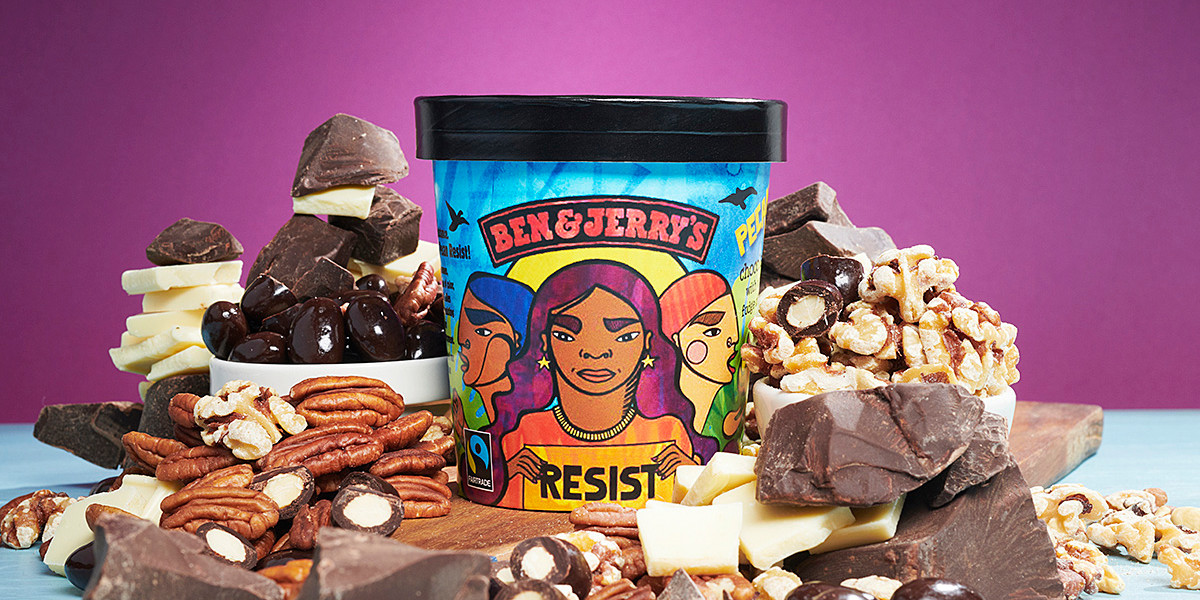 Ben & Jerry’s is launching a new flavor of ice cream with a sprinkling of activism in response to some of President Trump’s policies and pronouncements. Pecan Resist is a new limited-edition flavor from the company with white and dark fudge chunks, pecans, walnuts and fudge-covered almonds.

Along with the launch of the frozen treat, the ice cream maker says it’s donating $25,000 to four dinner organizations working or behalf of people of color and women, specifically Color Of Change, Honor the Earth, Women’s March and Neta.

“Alongside all those nutty chunks, this pint packs a powerful message under its lid: together, we can build a more just and equitable tomorrow. We can peacefully resist the Trump administration’s regressive and discriminatory policies and build a future that values inclusivity, equality, and justice for people of color, women, the LGBTQ community, refugees, and immigrants,” the company says on its site.

This isn’t the first time Ben & Jerry’s has gotten political with its ice cream. In 2009, for instance, it changed the name of Chubby Hubby to Hubby Hubby to celebrate gay marriage in Vermont. Pecan Resist was previously released as New York Super Fudge Chunk.