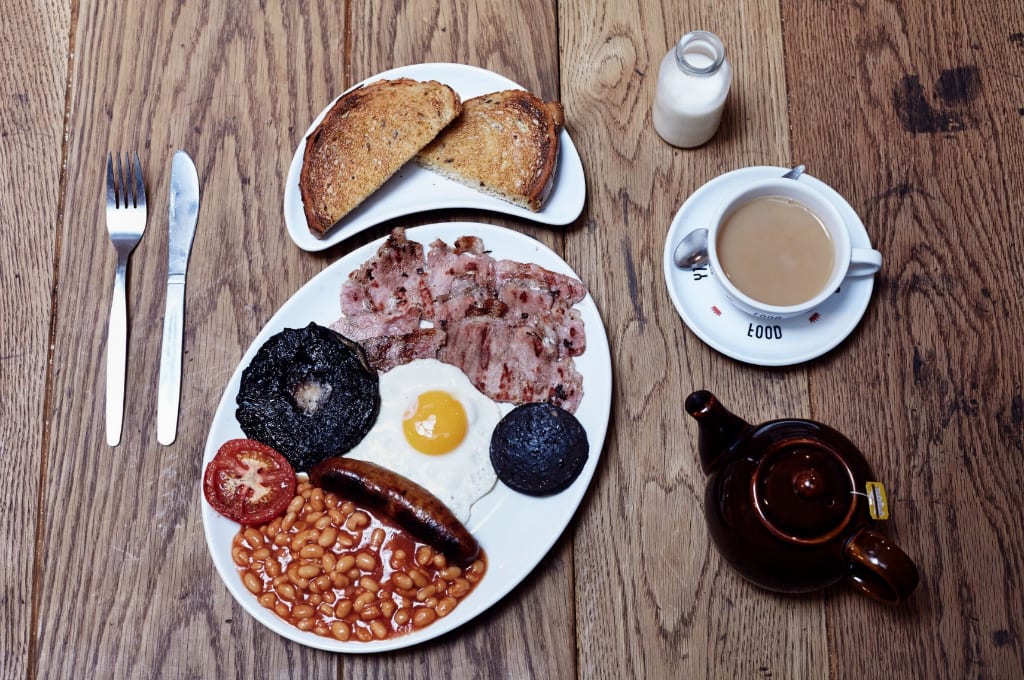 Brits’ ultimate ‘feel good food’ is a full English breakfast on a Sunday morning – because it ticks all our sensory boxes, it has emerged.

Researchers who carried out a detailed study found the sound of the bacon sizzling coupled with the smell of a tasty fry-up makes it irresistible.

The taste of melted butter on toast and the smell of fresh coffee also contribute to the allure of the much loved full English.

It also emerged more than half of Brits place just as much importance on the aroma of their dish as the taste.

And another 40 per cent said kitchen sounds lift their mood.

Behavioural neuroscientist Katherine Templar Lewis, a spokeswoman for Anchor Butter which commissioned the study, said: “Good mood food can make any day better, and it’s no surprise that we’re placing more emphasis on the senses during our food experiences.

“When combined, mixtures of smells, colours and sounds trigger the release of the chemical serotonin, ultimately having a powerful effect on the brain which in turn makes us happier.

“This even includes colour, which is one of the reasons why us Brits love an English Breakfast.

“Bright and vibrant colours such as eggs, bacon and butter give us a more positive outlook.

“When coupled with sounds such as the sizzling of bacon, butter scraped across hot toast and the popping of sausages, it registers at a frequency that is pleasing for the brain.

“Smell is just as important for the overall food experience, with many foods triggering memories of childhood, family time and lazy Sunday mornings. It really is the perfect multi-sensory experience.”

The research also found four in 10 turn to cooking or baking to improve their mood after a bad day.

And 60 per cent confess certain smells take them back to their childhood, which is why they attribute such positive connections to certain dishes.

Nearly three-quarters of Brits admitted they add butter to their food or cooking to make it taste better, the OnePoll study found.

And over half said the taste of melted butter on a jacket potato makes them feel immediately happy and two-thirds say they would be unhappy if they could never have butter again.

A spokesperson for Anchor said: “Food should be fun and make us feel good, it’s a simple philosophy but one we hold dear at Anchor.

“Whether it’s that first slice of toast in the morning, or a delicious curry shared with friends in the evening – the texture, taste and even the very idea of just adding a little butter can always help make it a bit better.”