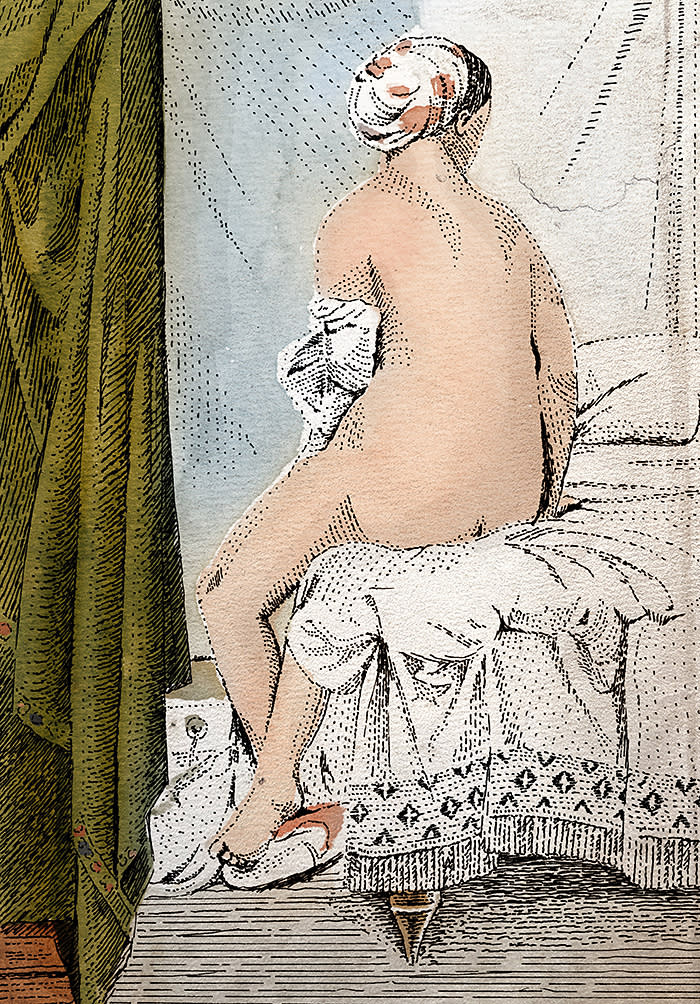 A visitor’s first encounter at Antony Gormley’s monumental Royal Academy exhibition is with a baby. Curled up on the ground in the gallery’s neoclassical courtyard, this life-size sculpture of the artist’s teeny six-day-old daughter is at once vulnerable and utterly resilient. The figure is cast in iron, the elemental material that runs right through Gormley’s body of work, from giant fruits to haunting figures. Its aroma permeates the displays. Little wonder that the bespoke scent created to accompany the show should derive its core note — and name — from the material. “You can smell the iron as soon as you walk into his King’s Cross studio,” says perfumer Azzi Glasser, who was tasked by the artist and the Royal Academy to translate Gormley’s prodigious output into a perfume. “Iron” by Azzi Glasser (£150) is on sale in the Royal Academy shop, and is the museum’s first foray into experiential exhibition merchandise. It won’t be the last: Bella Freud has also designed a scented candle for the RA’s Lucien Freud: The Self Portraits, which opens this weekend. “As the sculpture is being made, you can see the iron filings falling to the floor,” says Glasser. “It has an intense smell. There’s a coldness and a lightness to it. It’s the same as tasting iron.” Glasser gathered the metallic specks from these works-in-progress, using them as the building blocks to formulate a scent that would encapsulate Gormley’s world.

Despite its distinctive metallic top note, the perfume has a lightness that gives it an easy appeal. “The warmth of the wood notes, the depths of the resin and the softness of the musks are based on Antony’s personality; his being,” explains Glasser of the fragrance. It was important for the perfumer to create something Gormley himself would want to wear, but the scent is unisex to attract the broadest possible range of customers.

But the Royal Academy is not the only cultural institution to explore art through the prism of perfume. In July, the French apothecary-style beauty brand Officine Universelle Buly unveiled a capsule of eight scents each evoking a masterpiece from the Louvre. Perfume is also set to play a significant role in artist Linder Sterling’s solo exhibition at Kettle’s Yard in Cambridge this February, while British perfumer Lyn Harris, the creator behind the artisanal fragrance company Perfumer H (and who co-founded Miller Harris in 2000), has commissioned a series of still-life paintings by the London artist Jason Line to illustrate her winter collection. Buly’s Ramdane Touhami says that his collection for the Louvre — released in July — was the first time anyone has been able to smell a work of art. Everything from the Venus de Milo to Gainsborough’s “Conversation in the Park” were given fragrant form; the resulting capsule of candles, perfumes, soap sheets and scented postcards will launch at Selfridges this month. 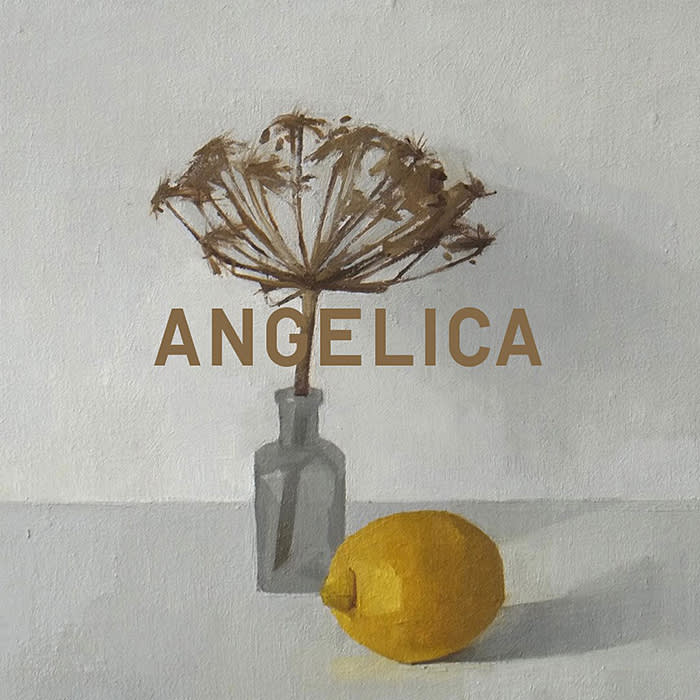 Jason Line for Perfumer H More than just an elevated exhibition souvenir, these partnerships are rich with creative possibilities. Such projects see the world of fragrance collide with that of art and design like never before. Just as the fashion industry has long aligned itself with other creative mediums, sponsoring fairs and collaborating with big-name artists, now the beauty industry is fostering closer ties with the decorative realms of art, design and interiors. Though such ventures blur the lines between art and commerce, Alison Acampora, who oversees art sales and artist collaborations at the Royal Academy, sees them as an opportunity for more authentic storytelling. “When you go to the Gormley exhibition all of the senses are really engaged — you can smell the materials that are being used as much as you can see them,” she says. “It’s a sensory experience that warranted exploration. It’s not just frivolous. It’s art to take away.” 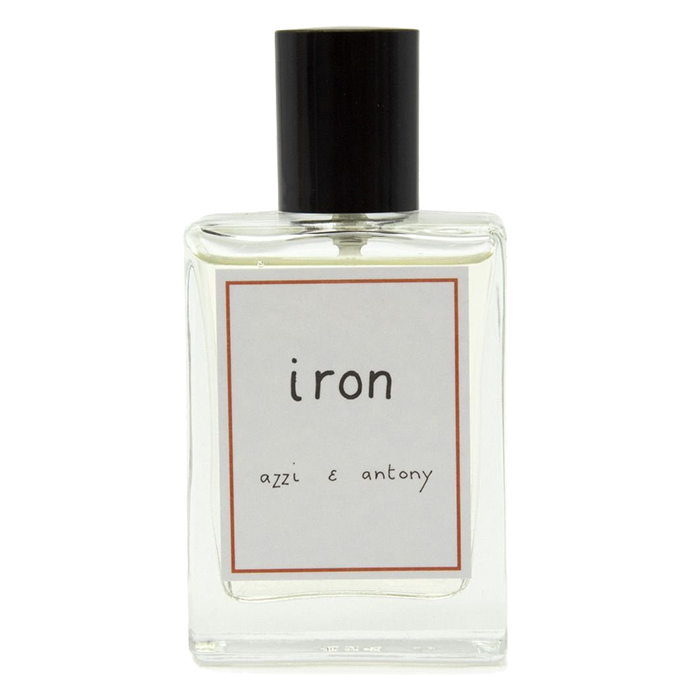 While the Gormley exhibition has brought forth its own abundant aroma, Linder Sterling’s scent project is designed to put back what had been lost. The artist is fashioning a fragrance to fill the gallery inspired by an original recipe for potpourri belonging to Kettle’s Yard’s founders. She says she was “interested in what’s no longer present [in the house], as much as what’s on display” at the Cambridge gallery space and former home of the late Jim and Helen Ede. “There’s an olfactory collage whose perfume has disappeared from the house but we know from investigation that the elements were . . . lavender, geranium, ginger and eucalyptus.” The gallery hopes to release Sterling’s scent as a limited-edition perfume. For Lyn Harris, such storytelling allows her work to come alive in a different way. “People are searching for things to connect with,” she explains. “If they connect with you and your brand, they’ll be looking for other things to link to. That’s why they make the pilgrimage to my store. People want this emotional connection.” Rather than interpret an artwork as a fragrance, Harris asked the artist Jason Line to paint still-lifes of Perfumer H’s five winter scents — titled “Angelica”, “Rose Oil”, “Gold”, “White Smoke” and “Tobacco”.

The relationship between art and scent is nothing new, according to Harris, who trained as a “nose” in Grasse, the heartland of perfumery. “It started with brands using artists for limited-edition packaging,” she says. “At Miller Harris I was working on wallpapers with a founder of Cole & Son that decorated our Regent Street store.” Diptyque and Jo Malone are two fragrance brands that have long collaborated with artists on packaging — but now both are taking their artistic partnerships to the next level. Jo Malone recently unveiled a design installation in its London townhouse, while Diptyque has expanded its offering to include decorative objects for the home. It’s part of a wider shift towards a Bauhaus model of art, where all forms of creativity are given an equal footing. It’s a sensory experience that warrants exploration. It’s not just frivolous. It’s art to take away Diptyque’s Bazaar collection of home decor launches in November; the brand says it’s a logical progression from creating candles and room sprays. “Art and design have always been part of our identity,” says chief executive Fabienne Mauny. “Our founders were immersed in that world — Desmond Knox-Leet was a painter, Christiane Gautrot an interior designer and Yves Coueslant a stage designer.” Among some 300 objects and curiosities, there are printed boxes, cushions and rattan from interior designers Antoinette Poisson and Atelier Vime. Photographer and designer Martyn Thompson was tasked with overhauling Jo Malone’s Marylebone townhouse during London Design Festival. Much like the museums, for Jo Malone, the aim is to offer an experience that goes beyond a traditional physical space — evolving a living environment for beauty. “There’s a real grandeur to the townhouse,” says Thompson, who decked the interior with his painterly plates and textiles and vast blow-ups of his floral photographs. “Brands today need different points of view.” Such art collaborations, he says, “bring that flash of newness.”

Follow @financialtimesfashion on Instagram to find out about our latest stories first. Listen and subscribe to Culture Call, a transatlantic conversation from the FT, at ft.com/culture-call or on Apple Podcasts