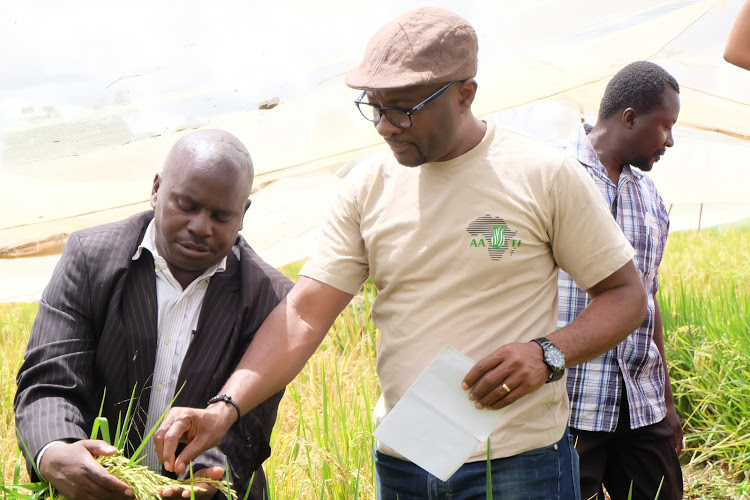 Aroma in rice has no nutritional value, but a marketing trait | The Star

Did you know that the aroma in rice has no nutritional value but it is only a marketing trait?

Rice consumers in Kenya prefer the aromatic basmati rice which also has superior cooking qualities compared to the other local and imported varieties.

But according to scientists, the aromatic scent in your favorite dish of rice had no nutritional value.

Kayode Sanni, who heads the rice project at the African Agricultural Technology Foundation, said this is just a marketing trait.

“The aroma is a demand-driven trait even if it does not have the nutritional value. We are however developing news hybrid rice varieties that have some of the preferred traits including the aromatic, slender and long grains,” he said.

“The country’s consumption rate is growing at 13 percent while production growth is at 3.7 percent. The consumption growth rate is attributed to change in lifestyle, urbanization and because it is easy to prepare unlike maize,” Kimani said.

The rice breeder said Kenya has a rice deficit of 500,000 metric tonnes and that 75 percent of rice consumed in the country is imported from India and Pakistan.

Kenya spends about Sh92 billion to import rice annually. According to the United Nations Food and Agriculture Organisation, there has been a dramatic increase in total rice imports for East and Southern Africa.

Kimani said breeders are targeting to increase production to 408, 000 metric tonnes by 2022. Kenya has a potential of about 540,000 ha under irrigation and one million ha under rainfed production.

The Economic Survey 2018, showed that an additional 7,363 hectares of land were placed under irrigation in 2017, representing a 50.5 percent increase.

This was largely attributable to the expansion of acreage in the out-grower areas within the Mwea irrigation scheme.

“Similarly, the number of plot holders practicing irrigation rose by 25.1 percent to 16,326 in 2017. Despite the increase in the area cropped and the increase in the number of plot holders, the volume of total paddy declined by 20.0 percent from 90.7 thousand tonnes to 81.2 thousand tonnes in 2017. This resulted in a 22.5 percent decrease in gross value of output from all scheme areas to Sh4.4 billion in the review period,” the survey stated.

The hybrid rice is currently undergoing the National Performance Trials at Mwea, Hola, Malindi, Ahero and Bondo in Kisumu.

Sanni said that about five hybrid varieties have been released to companies for seed multiplication but some farmers in Mwea have planted one of the varieties for this cropping season.

“We are in the process of licensing companies that will do seed multiplication and later release them to farmers,” he said.

Eunice Wakiaga, has been a rice farmer for 30 years and is growing the hybrid varieties at Unit H18 in Mwea, Kirinyaga County.

She said during a field visit to rice farmers in Mwea that she is expecting to harvest at least 40 bags of 50kg from her one-acre farm.

“I harvested 20 to 25 bags of rice from the old varieties I was using but this season, I am expecting a better harvest. I have also used fewer seeds when planting the new hybrids, unlike the other varieties. I used to plant 25 kilos of seeds in the same area but this season I only used eight. This is very cost effective for me and I get to save money from seeds,” she said.

Wakiaga said the migration of young energetic people to the urban centers has also rendered labor unavailable and expensive.

“I have been depending on my family for labor to carry out various farm activities partly to reduce on production costs and partly because it is available on demand during labor peaks,” she said.

Sanni said the new hybrids will see small-scale rice farmers in Kenya have access to quality rice seeds that will boost their production.

AATF is also working with other partners in developing hybrid rice, with significant yield advantage over the currently exhausted seeds in Kenya.

He explained that the partnership is developing hybrid rice germplasm that is adapted to African conditions using the two-line rice hybrid system technology, which uses only two-breeding lines to produce hybrids.

“We are also developing an information technology tool to predict temperature regimes and manage the hybrid rice production risk. In addition, we are also establishing and training a network of researchers and seed production specialists. The project will develop and distribute hybrids and hybrid parental lines for use by smallholder farmers in selected African countries,” Sanni said.

Benard Gitare, a rice farmer from Mwea said most Kenyans living in the rural areas consume limited quantities of rice, but it forms an important diet for the majority of urban dwellers.

Gitare said constraints and challenges vary with production, cropping and farming systems across the country.

“Like the rest of the world, the trend of rice cultivation is going towards upland rice production where water use efficiency and conservation is emphasized. The kind of infrastructure which goes with six paddy rice production is expensive to most smallholder farmers,” he said.

Sanni noted that mechanization and provision of appropriate technologies suitable for farmers would promote rice production.

“Investment in processing, branding and marketing activities in rural rice growing areas would create employment opportunities to curb the rural to urban migration by the youth,” he said.

Research and extension services were also affected by the liberalization of the rice irrigation schemes.

This according to Sanni, resulted in the loss of genetic purity, poor agronomic practices, low production and inadequate credit services due to limited Public-Private Sector Partnerships.

The high cost of farm inputs and machinery is a disincentive in the increase in rice productivity. In irrigated areas, he said, the main challenge is the supply of adequate water, development, and rehabilitation of irrigation infrastructure.

“Provision of health care services and land ownership rights and environmental concerns need to be addressed. In rain-fed lowland areas the main challenge is erratic rainfall, inadequate skills for both farmers and extension staff and, infrastructure development including processing mills and road networks,” the researcher said.

“In both regions, provision of high-quality seed, technologies development, and transfer, strengthening of farmer organizations and management structures will need to be addressed. Low soil fertility, diseases especially blast and pests such Quelea birds and rodents are also a problem.”

The release of the 15 new hybrid varieties will help the country boost production of rice, the country’s second staple food after maize.

The new hybrid varieties are said to do well under irrigation as well as under rain-fed agriculture, will be released to farmers after the Kenya Plant Health Inspectorate Service gives them a green light, with most of them expected to be with the farmers by 2020.

Rice breeders in Kenya are planning to replace rice varieties that have been used by farmers for the last three decades.

Dr John Kimani, a rice breeder and the center director, Kenya Agriculture and Livestock Research Organisation in Mwea said some rice varieties were developed 32 years ago and farmers are still using them to date.

He said the use of old varieties could be attributed to the drop in production over the years.

Kimani said rice is an important crop in Kenya and it is one of the main focus crops under the Big Four agenda on food and nutrition security.

Rice is mainly produced by small-scale farmers in Mwea in Central, Buyala in Western Tana delta at the Coast and Ahero, West Kano, Migori and Kuria in the Nyanza province.

About 300,000 rice farmers provide labor and also earn their livelihood out of the crop’s production. 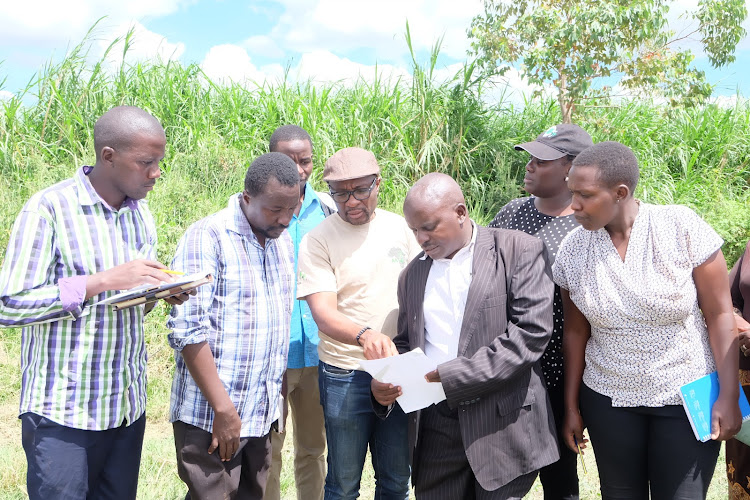 Source: Aroma in rice has no nutritional value, but a marketing trait