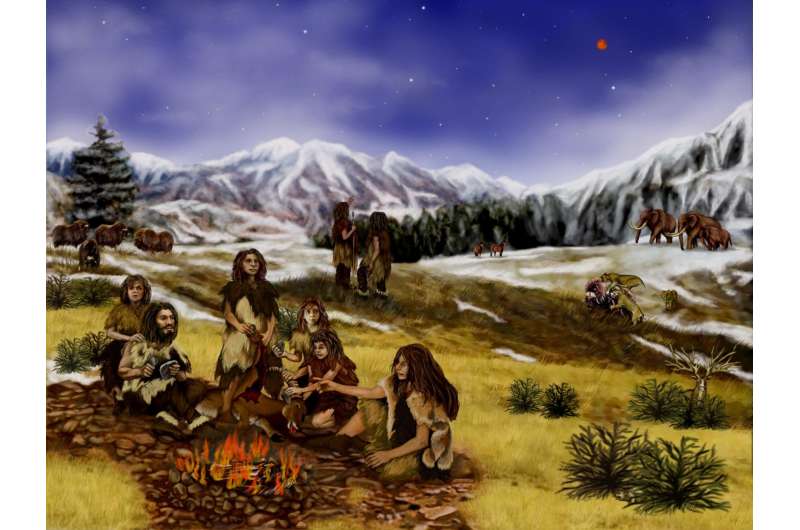 If you had the grooming habits of a Neanderthal, perhaps it’s a good thing your nose wasn’t as sensitive to urine and sweat as a modern human’s.

And if you lived the hunting and gathering lifestyle of a Denisovan on the Asian steppes, your strong nose for energy-rich honey was almost certainly an advantage.

Though we can’t really know what these two extinct human species perceived or preferred to eat, a new study from Duke University scientists has figured out a bit more about what they might have been able to smell.

Using a technique they developed that allows researchers to test smell sensitivity on odor receptors grown in a lab dish, researchers Claire de March of CNRS Paris Saclay University and Hiroaki Matsunami of Duke University were able to compare the scents-abilities of three kinds of humans. Their work appeared Dec. 28 in the open access journal iScience.

Drawing from published databases of genomes, including ancient DNA collections amassed by 2022 Nobel Prize winner Svante Pääbo, the researchers were able to characterize the receptors of each of the three human species by looking at the relevant genes.

“It is very difficult to predict a behavior just from the genomic sequence,” said de March, who performed this work as a postdoctoral research associate at Duke. “We had the odorant receptor genomes from Neanderthal and Denisovan individuals and we could compare them with today’s humans and determine if they resulted in a different protein.”

So then they tested the responses of 30 lab-grown olfactory receptors from each hominin against a battery of smells to measure how sensitive each kind of receptor was to a particular fragrance.

The laboratory tests showed the modern and ancient human receptors were essentially detecting the same odors, but their sensitivities differed.

The Denisovans, who lived 30,000 to 50,000 years ago, were shown to be less sensitive to the odors that present-day humans perceive as floral, but four times better at sensing sulfur and three times better at balsamic. And they were very attuned to honey.

“We don’t know what Denisovans ate, but there some reasons why this receptor has to be sensitive,” said Matsunami, who is a professor of molecular genetics and microbiology in the Duke School of Medicine. Contemporary hunter-gatherers such as the Hadza of Tanzania are famous for their love of honey, an essential high-calorie fuel.

Neanderthals, who were still around up to 40,000 years ago and who apparently swapped a few genes with modern humans, were three times less responsive to green, floral and spicy scents, using pretty much the same receptors we have today. “They may exhibit different sensitivity, but the selectivity remains the same,” Matsunami said.

“The Neanderthal odorant receptors are mostly the same as contemporary humans, and the few that were different were no more responsive,” de March added.

Odor receptors have been linked to ecological and dietary needs in many species and presumably evolve as a species changes ranges and diets.

“Each species must evolve olfactory receptors to maximize their fitness for finding food,” Matsunami said. “In humans, it’s more complicated because we eat a lot of things. We’re not really specialized.”

The lab has also used their cell-based scent tester for seeing genetic variation among modern humans. “Some people can smell certain chemicals, but others can’t,” Matsunami said. “That can be explained by functional changes.”