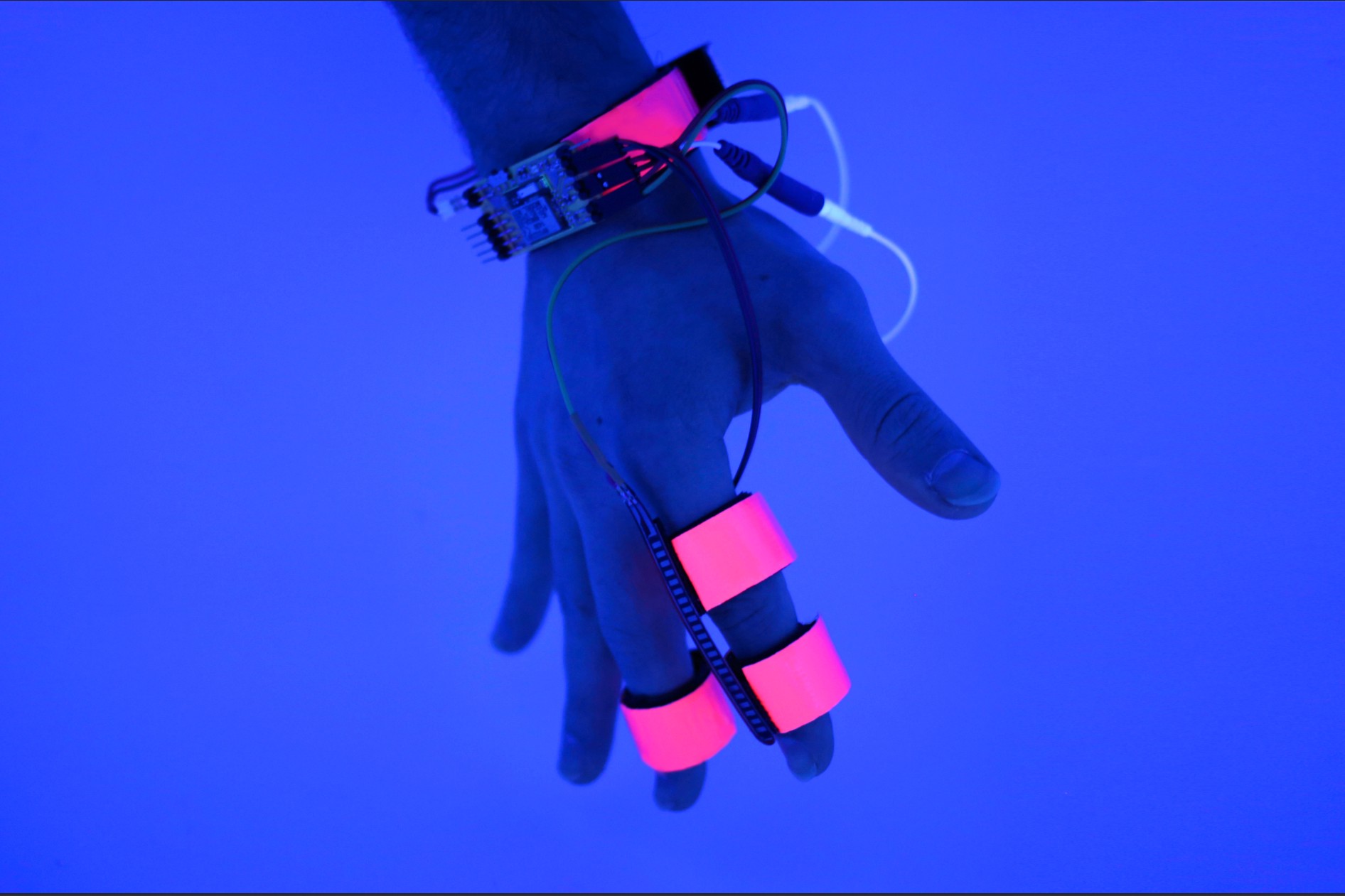 For the third of our lives that we spend in slumber, our minds take up residence in the unknown regions of the subconscious. We dream, though we don’t fully know why. And while these nightly mashups of images and storylines have captured the imagination for generations, modern science largely believes that dreams have no effect on daily life.

At MIT’s Dream Lab, however, a small team of researchers thinks otherwise and is creating technologies capable of mining the subconscious to prove the value of dreams.

“Dreaming is really just thinking at night,” says Adam Horowitz, a PhD student at MIT Media Lab’s Fluid Interfaces Group and a Dream Lab researcher. “When you go inside, you come out different in the morning. But we have not been asking questions about the experience of that transformation of information or the thoughts that guide it.”

Horowitz and his fellow researchers are taking it upon themselves to ask — and hopefully answer — these questions. And while previous research has shown that dreams may contribute to memory consolidation, emotional regulation, and overall mental health, the Dream Lab is pushing research a step further. Rather than simply exploring the role of dreams in our lives, the researchers want to see what happens when they interfere with them.

To do this, the Dream Lab, which was launched in 2017 as a division of MIT’s Media Lab Fluid Interfaces Group, is developing novel and open source wearable devices that track and interact with dreams in various ways. While part of this work aims to legitimize the idea that dreams are not just random mind slush, but access points to deeper levels of cognition, the larger goal is to show that when dreams can be hacked, augmented, and swayed, our waking lives benefit.

“People don’t know that a third of their life is a third where they could change or structure or better themselves,” Horowitz says. “Whether you’re talking about memory augmentation or creativity augmentation or improving mood the next day or improving test performance, there’s all these things you can do at night that are practically important.”

Horowitz’s crown jewel at the Dream Lab is Dormio, a glovelike device meant to boost creativity by helping us tap into hypnagogia — that semilucid state between wakefulness and sleep where thoughts untether from reality and begin to get dreamy. Dormio helps extend, influence, and capture this transitional state in order to give users access to fluid thinking and free associations.

The guiding principle behind Dormio isn’t new. Creators as diverse as Thomas Edison, Nikola Tesla, and Salvador Dalí are said to have taken naps with a steel ball in hand in order to wake in the hypnagogic state when the ball dropped to the ground. In this borderland between the conscious and subconscious, their creative minds could open.

Dormio gives that steel ball a 21st-century update. With sensors wrapped around the user’s wrist and fingers, the device tracks muscle tone, heart rate, and skin conductance to identify the various stages of sleep. When the user slips into hypnagogia, the device plays a prerecorded audio cue, usually consisting of one word, and records anything the user might say in response.

In a 50-person experiment with Dormio, Horowitz found that the content of the audio cue successfully showed up in people’s dreams — if the word was “tiger,” for instance, users reported dreaming of a tiger. But more than altering dream content, Horowitz also found that this extension of and interaction with the hypnagogic state improved users’ performance creativity tasks. In other words, Dalí and Co. were on to something.

Judith Amores, another Dream Lab researcher and PhD candidate at the MIT Media Lab, is working on changing the content of dreams by accessing an even deeper level of the subconscious through smell. Her project, BioEssence, is a wearable scent diffuser that monitors heart rate and brain waves to track the stages of sleep. When users reach the N3 stage, which is associated with memory consolidation, the device releases a preset scent that the user associates with a memory or learned behavior. By smelling that scent during sleep, the subconscious mind strengthens the memory. And unlike an auditory or touch-based trigger, smell is less likely to wake you up.

“The sense of smell is particularly interesting because it’s directly connected to the memory and the emotional parts of the brain — the amygdala and the hippocampus,” Amores says. “And that’s a very interesting gateway to access well-being.”

Amores is currently working on research showing that BioEssence could be used as a tool to change maladaptive memories associated with trauma and PTSD. By piping in positively associated smells during nightmares, she says, “You can heal without being fully conscious.”

While the prospect of augmenting a dream might give you flashes of Inception, in reality, it’s actually pretty simple. Think about a time when you’ve integrated the sound of your alarm into your dream or imagined the house was rocking when someone tried to shake you awake. It’s this natural inclination to narrativize our surroundings in our sleep that the Dream Lab is tapping into.

“In dreams, we’re turning any sensory input into part of a story,” Horowitz says.

In the world of dream research, however, not everyone is thrilled with the idea of tapping into our dreams for waking-world gains. Rubin Naiman, PhD, a psychologist and sleep and dream expert with the University of Arizona’s Center for Integrative Medicine, believes the importance and power of dreams lie in their ability to flourish on their own. Tinkering with them, he says, is arrogant.

“The thing with hacking dreams is that it’s based on a presumption that the subconscious is unintelligent, that it doesn’t have a life,” Naiman says. “The unconscious, it’s another kind of intelligence. We can learn from it. We can be in dialogue with it rather than dominate it, rather than ‘tap in’ and try to steer it in directions we want.”

Beyond that, Naiman also wonders how this might affect sleep. After all, the hypnagogic state is a brief bridge between waking and sleeping. If we extend it or disrupt it, we “could end up with sleep-onset insomnia,” he says.

While the Dream Lab researchers don’t believe this interference takes away from the life of dreams, they do realize that the idea of dream hacking and dream control might read as slightly creepy. They addressed this by creating a video project called Cocoon, which imagines a dream machine that is capable of fully augmenting the unconscious mind. The video features a person curled up beneath a glass dome, covered in wires and small devices, while dreamy, saturated colors flash on close-ups of their eyes. It’s reminiscent of a dystopian Björk music video — and that’s kind of the point.

“The unconscious, it’s another kind of intelligence.”

“We wanted it to be provocative to start a discussion around the ethics of dream engineering,” Amores says.

Though the video features all of the Dream Lab’s real, functional dream-augmentation devices — including Dormio and BioEssence — it nods to the reality that most technologies that interact with the unconscious mind do so in a way that can feel out of our control. And while the idea of engineering dreams edges close to the autocracy of this kind of tech-human integration, Horowitz and Amores are clear that the Dream Lab’s intention is not to control every aspect of our dream space, but to help us access that space to learn something deeper about ourselves.

“This is less like, ‘I’m going to map something so I control it,’ and more like, ‘I’m going to give you a looking glass, and you do with that what you will,’” Horowitz says. “I have very little interest in creating tools that take people further from themselves. That’s definitely not the hope.”

Amores put it simply: “This is about bringing awareness to the capabilities that we already have.”

In fact, dream incubation has been around for decades, and researchers and psychologists alike have used existing low-tech methods to influence dreams for research purposes or to help people rewrite their nightmares. The Dream Lab aims to create technology that can standardize and democratize these techniques — for scientists and for the general population. With their open source hardware and software, anyone can build their own Dormio or BioEssence, whether it’s a research team looking to study hypnagogia or an individual wanting to hack the inspiration residing in their own dreams.

In the meantime, Amores and Horowitz are working on getting their devices into the hands of as many scientists as possible to increase the prevalence and ease of dream research. Harvard professor and dream researcher Deirdre Barrett, PhD, is designing a study using Dormio to see if the hypnagogic state can help professional artists access a deeper level of creativity. But beyond that particular study, Barrett is excited by the prospect of inexpensive, seamless, and accessible tools for dream research in general.

“What’s exciting about this group is that they’re making devices that are so cheap and so easy to use at home and not very distracting from normal sleep that they enable research to be done in larger numbers and on a shoestring budget,” Barrett says. “And without having to bring people into a lab, we can get better data on what naturalistically happens with dreams.”

This is also what Horowitz wants to see. Rather than creating technology that can control dreams, he and the Dream Lab researchers want technology to have open access to the dream — and everything that may follow.

Source: An MIT Lab Is Building Devices to Hack Your Dreams – OneZero

Corporate nationalism to me is a little bit like what would have happened if Hitler had won. It’s scary stuff. It’s totalitarianism in a different from, under a different flavour.