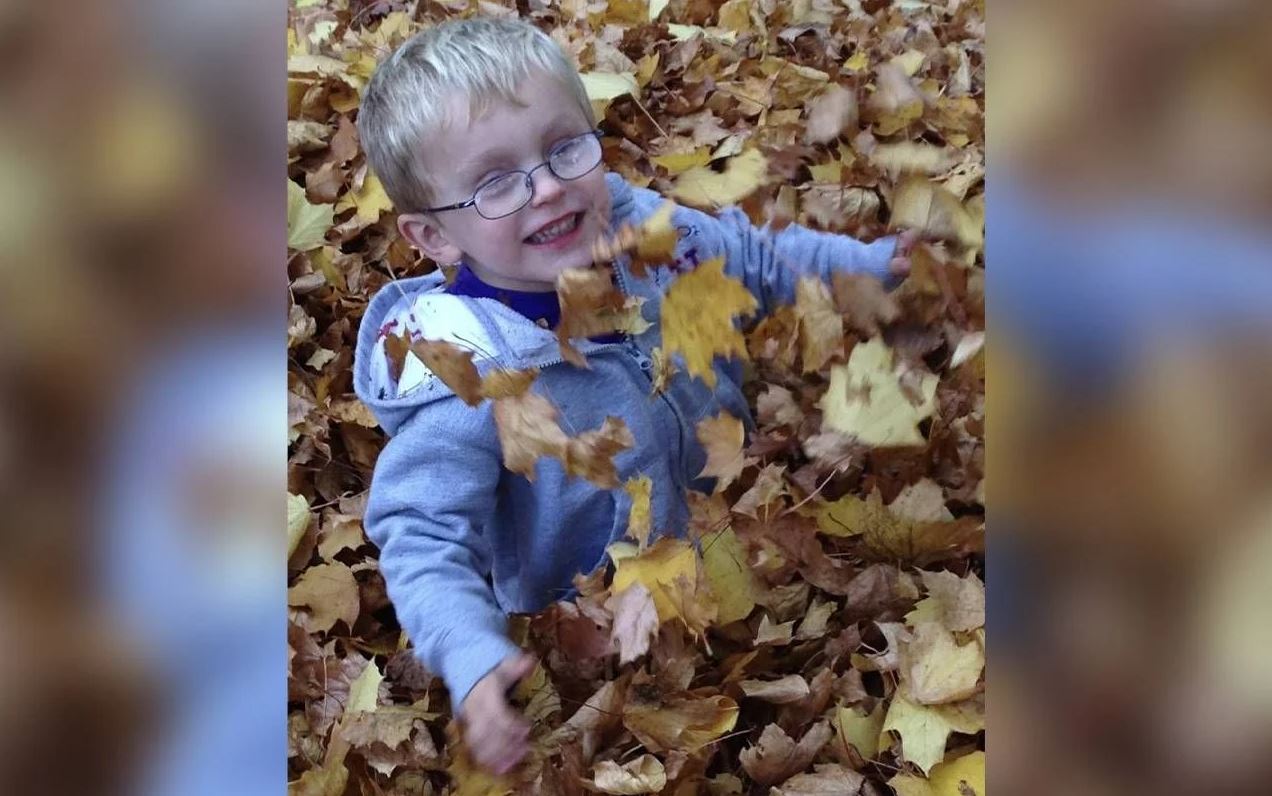 A Nasal Déjà Vu? | Next Avenue

By msensory team11/11/2022No Comments
Your nose knows — and doesn’t forget: Why certain smells take us back to specific times and places

A 3-year-old Theo Carle revels in a pile of leaves outside his home in Albany, N.Y. Decades hence, when this particular day is long forgotten, the smell of autumn leaves may revive this same sense of joy.  |  Credit: Margaret Carle

There is a particular smell that instantly takes me back to the sideyard of the yellow house where I grew up, just off Valley Drive in Syracuse, New York. It’s hard to describe because it’s just a fleeting whiff on the breeze. I call it my “Easter smell” because it’s almost the definition of early spring — it may be a combination of a warming earth, new growth and something ineffable.

It symbolizes the reawakening of my senses after months of frozen, olfactory limbo. But it’s also a kind of time machine: one whiff of it, and I’m right back there, more than 50 years past, in my Sunday best, just back from Easter services with the family, eager to shed my polished shoes and hit the woods out back.

It symbolizes the reawakening of my senses after months of frozen, olfactory limbo.

Everybody seems to have their version of this. For 60-year-old Beth Huisenga of Oakland, California, catching the scent of wild onions takes her back to the “woods and ponds of northern New Jersey,” where, as a pre-teen, she would hunt for edible plants.

For some, the throwback effect can be weirdly specific. For example, when Randy Zotter of Pittsburgh breathes in the smell of freshly-cut grass, it takes him to “August 18, the start of high school summer football practice.” 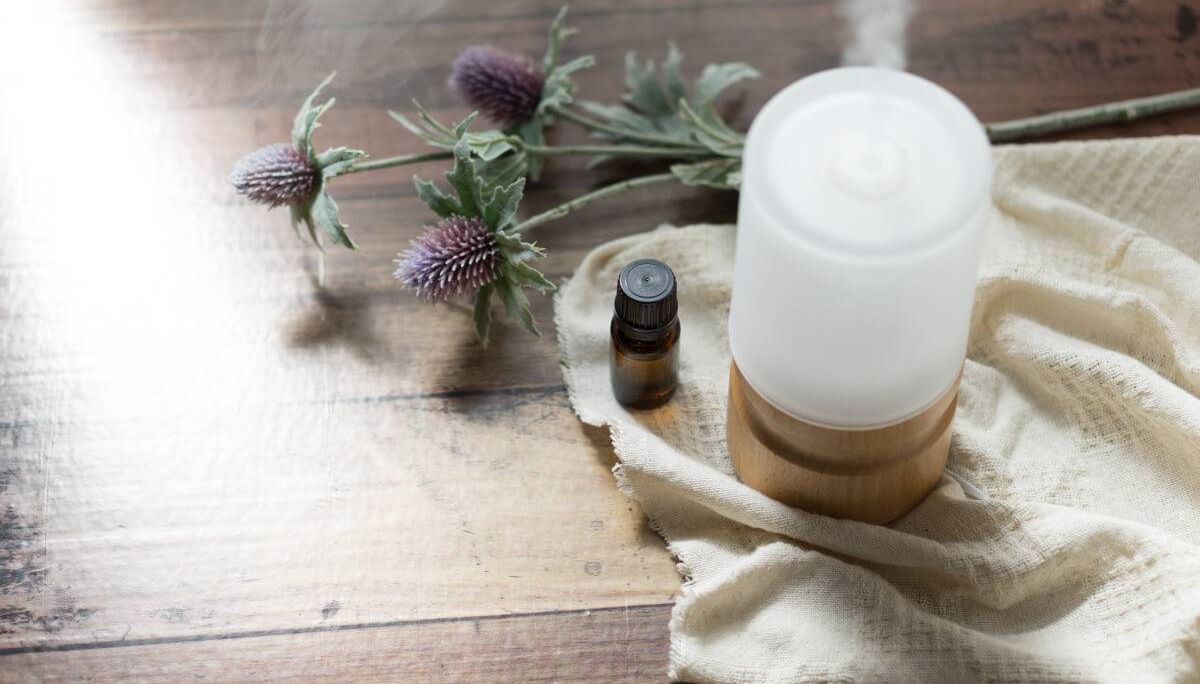 Essential oils can be a pleasant alternative to traditional medicines

“The smell is not only specific to the day but also a specific location,” adds the 72-year-old retired contractor and realtor, “the old Avonworth High School football field” in Ben Avon, Pennsylvania.

For Helen Keller, who, deprived of sight and sound, depended heavily on her sense of smell, a trigger was petrichor, the smell of approaching rain as it releases essential oils in the earth. “The atmosphere is charged with countless odors,” wrote the legendary author and activist. “Smell is a potent wizard that transports us across a thousand miles, and all the years we have lived.”

It would seem that our brains are wired to be time machines, using the nose as a fuel intake. And while we’re a highly visual species, don’t underestimate your sniffer.

For starters, whereas we have fewer than a half-dozen receptors for vision, we have “literally thousands” charging our sense of smell, explains Theresa White, 57, who chairs the Department of Psychology at Le Moyne College in Syracuse, New York.

The first connection runs through a bone known as the cribriform plate, straight to the olfactory bulb, part of the brain’s limbic system, which is deeply involved in memory and emotion. Because of this “direct wiring,” certain smells can instantly arouse strong emotions and deeply-embedded memories.

I Second That Emotion

“You have an enhancement of many memories that happens because of emotionality,” says White, whose life’s work studying the senses was inspired by Keller’s insights, “and so you have that entire system connecting to make smell a powerful part of any memory experience.”

While a soothing throwback aroma could be the smell of your mother’s spaghetti sauce on the stovetop, it’s not surprising that many evocative smells arise from nature, whether it’s the oil from a grove of balsam firs (that “Christmas tree” smell) or dying leaves in October.

You have an enhancement of many memories that happens because of emotionality.

In her 2015 book, “Rain: A Natural and Cultural History,” author Cynthia Barnett describes how generations of villagers in the Indian state of Uttar Pradesh have managed to capture and bottle the essence of fresh rain.

“Yes! The smell of wet earth right after it rains,” echoes San Francisco journalist Farida Jhabvala Romero. “There’s nothing like it. I grew up in southern Mexico in tropical weather, and that smell makes me feel like I’m home no matter where I am.”

Marketers have caught on to the emotional connection. For example, household air fresheners, once mostly floral scents, now often proffer “Calming Rain” or “Fresh Linen,” evoking laundry drying on a clothesline in the backyard breeze of your childhood.

An environmental journal Ambio study suggests that olfaction is one of the most therapeutic aspects of “forest bathing,” or immersing oneself in nature, which the authors describe as a “multisensory experience.”

Across all four seasons, the researchers found the smell to be a key driver of feelings of well-being, like comfort and relaxation, reducing levels of the stress hormone cortisol, high levels of which have been linked to various diseases. Conversely, the authors also found that removing unpleasant smells from the environment also promotes wellness (which makes sense).

The COVID-19 pandemic has jump-started interest among scientists in the connections between olfaction and well-being, as many COVID victims were robbed of their sense of smell, some permanently.

Connection Between Olfaction and Well-Being

“Olfaction is sort of a general canary in the coal mine or harbinger of neurological deficits,” White says, adding that loss of smell can be a precursor to Parkinson’s or Alzheimer’s Disease.

Olfaction is sort of a general canary in the coal mine or harbinger of neurological deficits.

But olfaction also begins to diminish naturally at around age 40 and often noticeably by age 60. “I would say probably the bulk of people over age 80 experience olfactory loss,” says White, “and in many cases, quite severe.”

Smells can also conjure up traumatic memories. In perhaps the most perverse line from the film “Apocalypse Now,” Robert Duvall’s character claims to “love the smell of Napalm in the morning.” But in the real world, studies of Vietnam veterans have shown that something as mundane as the stench of diesel fuel can arouse wartime feelings of fear or similar trauma.

“Things that bring back a big emotion are difficult to forget,” says White. It’s why so many people of the boomer generation remember precisely where we were and what we did when JFK was shot. Or, in the case of Gen-Xer’s, it may be when the space shuttle Challenger exploded. “So memory is intrinsic to how we perceive smells,” says White.

So what triggers vivid olfactory memories for you, for better or worse? For White, it’s the perfume that her Aunt Josephine wore (which White still uses today). It takes her back to when she was seven or eight years old, playing with her aunt’s cosmetics.

In addition to some sadness over her aunt’s passing, White adds that the scent makes her feel “pleased to be in her cosmetics — and a little naughty since I shouldn’t have been there.”