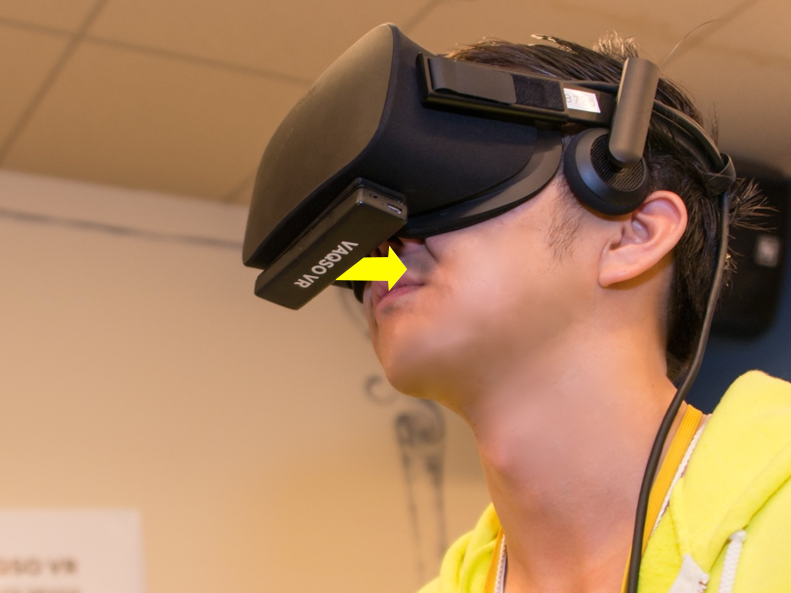 The smell of freshly baked cookies or cut grass can elicit strong memories. A Japanese startup is using that insight to try to make virtual reality an even more immersive experience.

Tokyo based Vaqso has designed an odor emitting attachment for VR headsets. About the size and shape of a candy bar, the device has space for up to three different odors and comes with a fan that can change the intensity of the smell based on what is happening on the screen.

The startup raised $600,000 this week in a seed round from Japanese venture capital firm Weru Investment to continue development of the gadget, which works with Facebook’s Oculus, HTC’s Vive and the PlayStation VR headsets.

The company is hoping to work with advertising, movie and games companies to tie its scent technology into their products. Using a plugin designed by the startup, developers can insert a command into their games that will instruct the Vaqso device to release a scent at certain moments in the action. If you were to karate chop through a wall while playing a Vaqso connected game, you could potentially smell the rubble.

Incorporating smells into virtual experiences has a long history. In the 1950s Hans Laube pioneered Smell-O-Vision; a technique that released smells in movie theaters in time with the action. Sadly for Laube, the idea never took off, but companies have been toying with the idea for awhile. You might remember the Got Milk? bus station ad that gave off the smell of cookies that was promptly taken down after San Francisco residents made it clear they were not interested.

Vaqso founder Kentaro Kawaguchi has a history with selling smells. He was previously involved in Zaaz, a company that worked with incorporating scents into restaurant promotions.

Vaqso isn’t the only organization looking to connect scent delivery with virtual reality. The Virtual Human Interaction Lab at Stanford is studying VR’s influence on perceptions of food. And projects like Birdy combine scent, touch and VR to turn users into birds (minus the feathers).