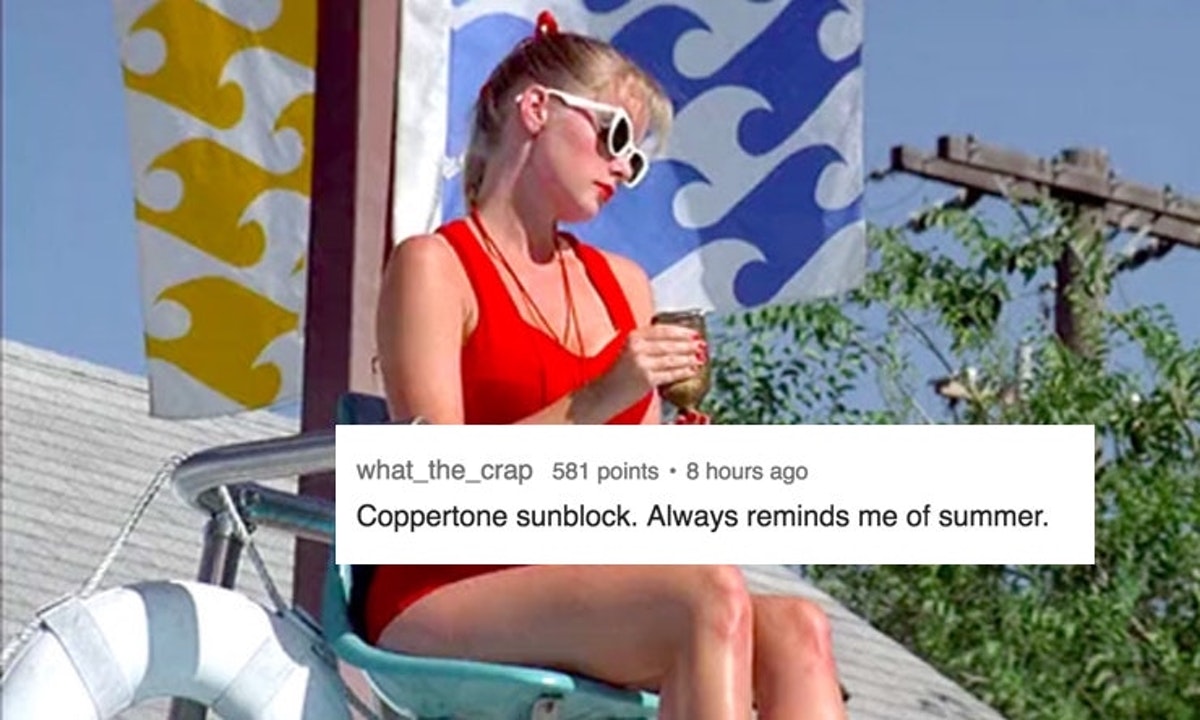 14 Smells From Your Childhood That Are So ‘90s It Hurts

If there’s one thing that can instantly take me back to my childhood, it’s the smell of chlorine. It was supposed to protect us from all the pee in the pool and burned my eyes with the fire of a thousand suns, but it’s never mattered. The instant I smell chlorine, I’m suddenly a kid again. What are some of the smells that remind you of growing up in the ’90s? Reddit recently came together to reminiscent about their favorite scents from days of yore, and it’s going to give you all the feels.

There could be a very specific reason why smells in particular trigger memories. According to Psychology Today, when you smell something, that scent is first processed by the olfactory bulb, starting in your nose and heading to the bottom of your brain. The bulb is directly connected to your amygdala and hippocampus — two areas of the brain that are heavily involved in emotion and memory. Here’s the really cool part: this connection only happens with smells. Visual, audio, and tactile experiences don’t work with these same areas of the brain. This could help explain why smells are so powerful in reminding us of something from our past. Fascinating!

It’s not just chlorine that jogs my memory. Here are 14 ’90s smells that remind Redditors of fond times.

1.Crayons: Nothing quite compared to opening up a fresh pack of Crayola and taking a big ol’ whiff. Ahhh. Those were the days.

2. Bubblegum: Okay, fine. So the taste lasted, like, two seconds. But the smell? The smell… was divine.

3. Sunblock: Nothing takes you back to the days of summer like the familiar smell of sunblock. You loved the way it lingered even after you took a bath.

4. Play-Doh: The scent of Play-Doh was so delicious, even after it was all dried up and crusty and useless.

5. School Cafeterias: Personally, I think this smell was largely due to school cafeteria pizza made with that fake, rubbery cheese that everyone loved anyway.

6. Toy Packaging: Or a new Barbie doll! I remember that smell well — plus the crinkly sound the plastic cover would make when you opened it up. Heavenly.

7. Gak: The smell of Gak was simply intoxicating. You just didn’t want it to get stuck to the furniture. Nothing ticked your parents off more.

8. Vicks: When you were sick, your mom would rub some on you so you could breathe better. It was so cool and tingly, and it’d put you right to sleep. Sometimes, you’ll use it to this day just for funsies.

9. New Books: To be clear, this isn’t to say you ever actually read any of those books. They just smelled nice. And don’t even get me started on the Scholastic book fair. *breathes heavily*

11. Creepy Crawlers: Creepy Crawlers fresh out of the oven? Yes please. The whole house smelled like chemicals. But the very best kind of chemicals. Plus, you loved hiding them in your baby sister’s underwear drawer, just to scare the crap out of her.

12. Pokemon Cards: Be honest: you still pull out your old Pokemon cards from the ’90s and have a little sniff. Who can blame you? Pokemon is still hot all these years later.

14. Noxzema: You never liked it because it was a pain to wash off and always stuck to the sides of the sink, but gosh darnit, did it smell like angels. Plus, it landed Rebecca Gayheart a very attractive man in that one ’90s commercial, so it can’t be all that bad.

Source: 14 Smells From Your Childhood That Are So ‘90s It Hurts