‘When I listen to music, I want to paint those sounds’: what it’s like to live with synaesthesia | inews

Billie Eilish is one of the four per cent of the population to have synaesthesia (Photo: Invision)

One of Jack Coulter’s earliest memories is of sitting in his living room when he was five, listening to the sound of his heartbeat and seeing colours bounce in front of him.

“With every thud, I was getting different ultraviolet neon colours,” he recalls. Coulter had a vague sense, even then, that what he was experiencing wasn’t normal, but he did not understand what it meant.

The 25-year-old Northern Irish artist still sees the colours from his heartbeat, especially when he is going to sleep at night and everything else is quiet. When he leans in to listen to his partner’s heartbeat, the colours that come up are more faded and delicate. 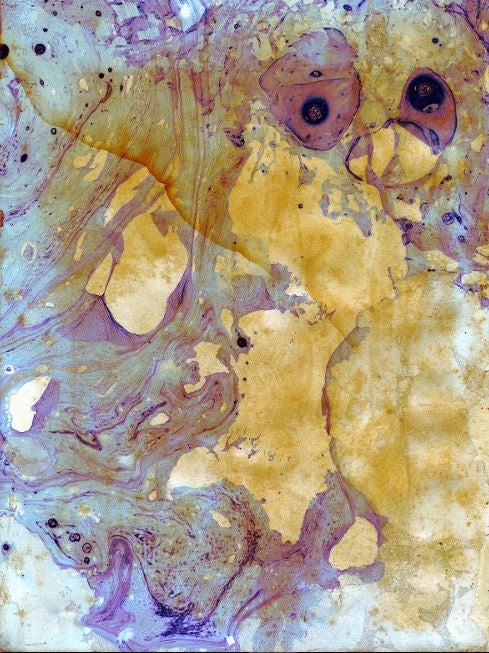 There are lots of different forms of synaesthesia, which can involve any combination of senses. Some people might taste chocolate when they hear piano music, or breathe in notes of vanilla when they hear chords on a guitar.

Other people might feel bathed in yellow light when they taste the sweet crunch of strawberries, or see blue when they step on freshly mown grass. The hard texture of gravel might conjure the sound of waves crashing against a shore.

At least four per cent of the population has synaesthesia, but it is believed to be more common among artists. Wassily Kandinsky, one of the pioneers of abstract art, had a form of synaesthesia where he saw colours when he heard music – and heard music when he painted. He wanted to evoke music when people looked at his paintings.

His intense relationship with colour and sound drove him to become an artist. Kandinsky abandoned his career in law at the age of 30 to study painting after he went to a performance of Wagner’s Lohengrin at the Bolshoi Theatre in Moscow. He described the experience: “I saw all my colours in spirit, before my eyes. Wild, almost crazy lines were sketched in front of me.”

The 18-year-old singer-songwriter Billie Eilish has synaesthesia and it vividly inspires both her music and the artwork in her accompanying videos. She wants to give people a glimpse into her multisensory universe. She explained in an interview for YouTube Music: “I at least want to give people the smallest amount of what it’s like in my brain. Any time I’m creating anything, I’m thinking about the video, I’m thinking about the artwork and about the colours and about the way that it’s going to feel and the way it’s going to look,” she says. “Everything that I make, I’m thinking of what colour it is and what texture it is and what day of the week it is and what number it is.”

Singer-songwriter Pharrell Williams also has a visual sense of his songs. His hit song “Happy” is very uplifting – Williams says the song is yellow, pink and orange for him and his vision of it informed the composition. 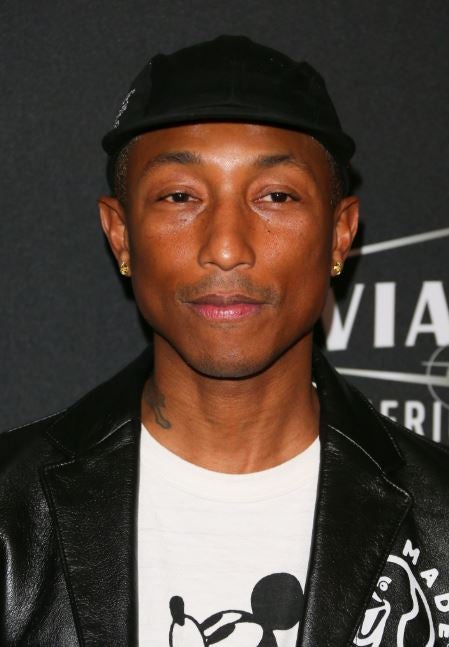 Pharrell Williams says that he sees his song ‘Happy’ in yellow, pink and orange (Photo: Getty)

When I chat to Coulter over the phone, he tells me that my voice is yellow-tinged. As well as being a painter, he composes ambient music. He plays the violin, piano and guitar and surrounds himself with sound “90 per cent of every day”. He grew up listening to jazz musicians, such as Nina Simone, Miles Davis, Van Morrison and Charlie Parker and listens to a lot of Brian Eno.

I ask him whether he thinks he became an artist because of his synaesthesia, but he struggles to answer, perhaps because it is something which has always been part of him. He hesitates before saying: “My connection with art and music was strong already. As I was getting older and listening to new types of music, everything started to click together. Sometimes when I listen to music, I automatically want to paint those sounds.

“Growing up, I got more and more into art. My aunt Christine was a painter and my mum had Mark Rothko and Jackson Pollock prints all around the house. And then I discovered Kandinsky, and I just felt like, that’s the way I experience things.” He also strongly associates his memories with colour. “When I look back, I see the colour first and then have the memory.”

Coulter had painted a song called “A Good Day” by Alex Somers from the soundtrack of Shia LaBeouf’s recent semi-autobiographical film, Honey Boy. “A Good Day” is a slow, meditative song which seems to go through loops and whirls. Coulter’s painting has a marbling effect, with languid swirls of different shades of grey and soft pink circles. Put together, they are mesmerising and enigmatic pieces of work. It is a subjective response to the song, but it gives a tantalising insight into a multisensory way of listening to music. 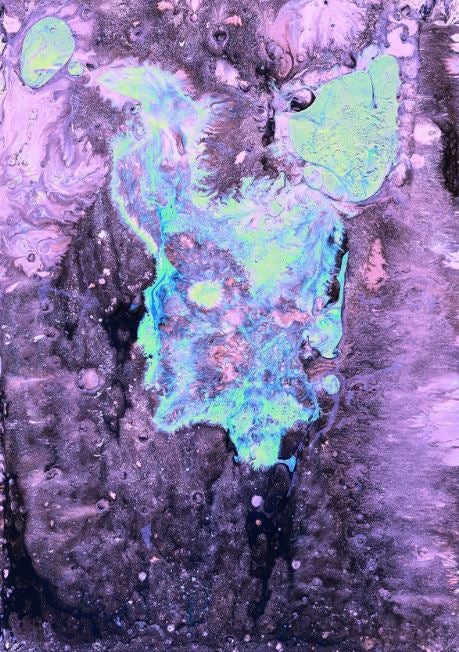 Composer Nick Ryan, artist in residence at Somerset House, has multiple forms of synaesthesia. He thinks it underscores all his work – “I get a real kick out of putting sound or music against an image,” he says. Ryan is also very interested in giving people an insight into what it is like to experience this mixture of senses.

He created “Synaes”, an audio-visual orchestral composition which premiered at the Roundhouse in London in 2014, performed by the London Contemporary Orchestra, while textured digital imagery was projected on to a large screen behind it, evolving continuously.

While the images on the screen reflected Ryan’s personal vision of the music, it allowed the audience to experience what it is like to have this connection between sound and image. Ryan has audio and visual synaesthesia, which works in both directions for him, meaning that sound evokes different images – and images evoke sounds.
He tells me the note of a cello might look like a leaf-shaped object with a yellowish texture, like the inside of a Crunchie chocolate bar, whereas a high piano note might be a round, blue powdery dot. He hears colours as pitched notes and chords and lines and repeated patterns as percussive rhythms.

Ryan sees his role as a sound designer as allowing people to sense and interpret the world through other people’s ears and eyes. He wants to show that there is diversity in how we perceive what we see, hear, taste and feel.

The more we learn about neurodiversity, the better we understand that even those who don’t have synaesthesia still experience a sensory reaction to the world that is powerful and unique.

Source: ‘When I listen to music, I want to paint those sounds’: what it’s like to live with synaesthesia | inews